Baltic Agro Lithuania – onwards under the banner of reliability 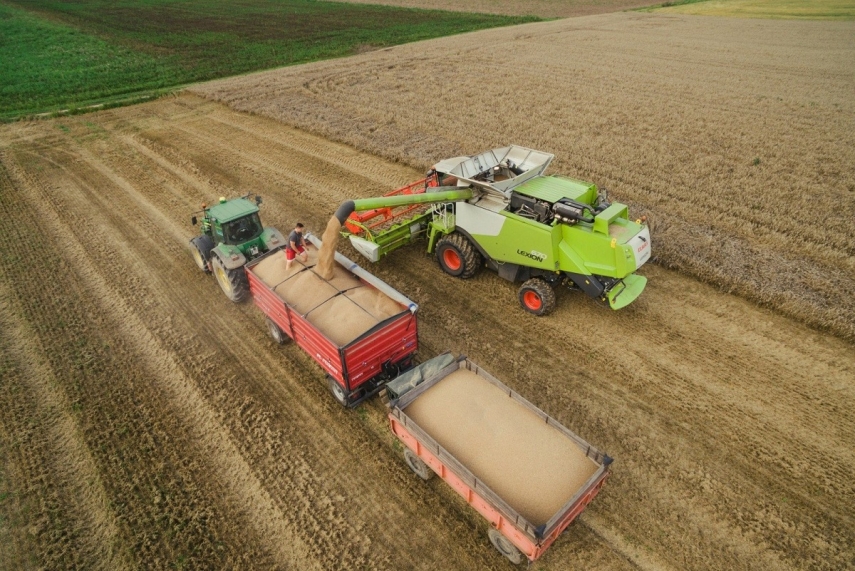 Baltic Agro Lithuania is one of the biggest agricultural companies in Lithuania, known to our country’s arable and pastoral farmers for over two decades. According to its manager ArunasBielskis, even though the company’s name and shareholders have changed over that time, its values – reliability and keeping promises – remain unchanged to the present day.

One of the oldest agribusiness companies

Baltic Agro Lithuania is one of the biggest agricultural companies in Lithuania, offering the country’s farmers the most modern services and products. The company was established in 1995, making it one of the oldest in its line of business.

Since 2005, Baltic Agro Lithuania has been a part of Danish Agro, which owns 75% of the company’s shares. Danish Agro group consists of Danish and European agribusiness companies in Sweden, Finland, Germany, Poland, Hungary, and the Baltic states.

“At the moment,the company Baltic Agro employs 130 specialists who consult the Lithuanian farms on all relevant matters. Our employees demonstrate a very high level of professional knowledge and competence. The majority of them are graduates of the Vytautas Magnus University Agriculture Academy and, as a result, our clients trust us,” said A. Bielskis. He added that Baltic Agro Lithuania is currently in close cooperation with about 3,500 farms throughout the country.

The most significant investments are directed towards warehousing and logistics

In 2018, the company’s turnover reached approximately 162 million EUR. The main direction of the company’s development and future investment is the improvement of grain purchasing infrastructure. “We have recently signed a long-term cooperation agreement with the Klaipeda-based stevedoring company Bega. This decision opens up new grain export opportunities for us. Saudi Arabia, Egypt, and other African countries purchase wheat, peas, beans, and barley, while we mainly export rapeseed to Europe. Countries such as Germany, Sweden, Denmark, and other countries purchase it from us,” the company’s manager noted.

In the future, Baltic Agro also plans to invest in grain elevators.

“We would certainly prefer to repurchase existing elevators. However, if that is not possible, we plan to invest in a bare field and build new equipment. At the moment, we have operating elevators in the districts of Vilkaviskis and Panevezys. Another vision for future investment is an increased trade in fertiliser and its logistics development,” the manager explained.

One of the company’s cornerstones – its employees’ experience and qualifications

A part of the company’s investment is also set aside for employee training and development.

“We understand that, in order to remain competitive, we do not only have to possess the newest machinery and take care of the production warehousing, logistics, and development. The company’s non-material assets, our staff, are no less important. Therefore, we invest in their knowledge and experience: we conduct professional training workshops, and we visit seminars, exhibitions, events, and farms abroad. We aim to take with us examples of good practice from other European farms,” A. Bielskis said.

According to him, the company’s staff turnover is low. The average rate is over 10 years, while among managerial staff it exceeds 15 years. This demonstrates that the staff are comfortable working in the company.

Publicity – by word of mouth

As the company manager states, Baltic Agro Lithuania does not employ special marketing strategies because it has been active in the agricultural field for a long time and has received many recommendations from its clients and employees. According to him, the best PR is the frequent visits of farmers, and lending them an ear and supporting them.

“Additionally, for the fifth year running, we participate in the initiative “Nedelsk”, which aims to educate women about breast cancer and provide free check-ups around the country. Together with our clients, farmers, and suppliers, we donate a portion of our funds from product sales to this cause. We understand its significance and believe that our contribution to the project “Nedelsk” is important to our society,” A. Bielskis said.

The core values we would like to maintain – reliability and stability

Although the company’s name has changed over the last two decades, its values have remained stable. One of them is keeping promises.

“Our main goal is simple: to keep our promises, which means to deliver our products on time, to strive for their quality, and to solve any emerging problems as soon as possible. We also aim to become a priority partner for Lithuanian farmers as a group and as individuals, and to create added value for our clients: to provide top quality products and services to Lithuanian farmers at competitive prices and to purchase their harvest on the most favourable terms,” the manager explained.

According to A. Bielskis, the greatest strength of his company is reliability.

“We have a very strong Danish backing, which makes us reliable partners for the farmers. They are not at risk of the company going bankrupt or leaving the market. Therefore, I would say that we are strong and stable,” concluded the Baltic Agro Lithuania manager ArunasBielskis.