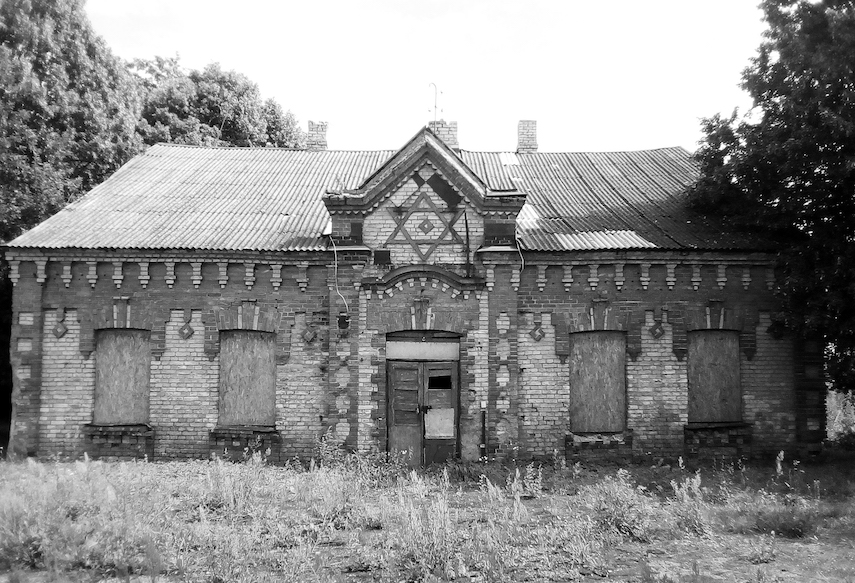 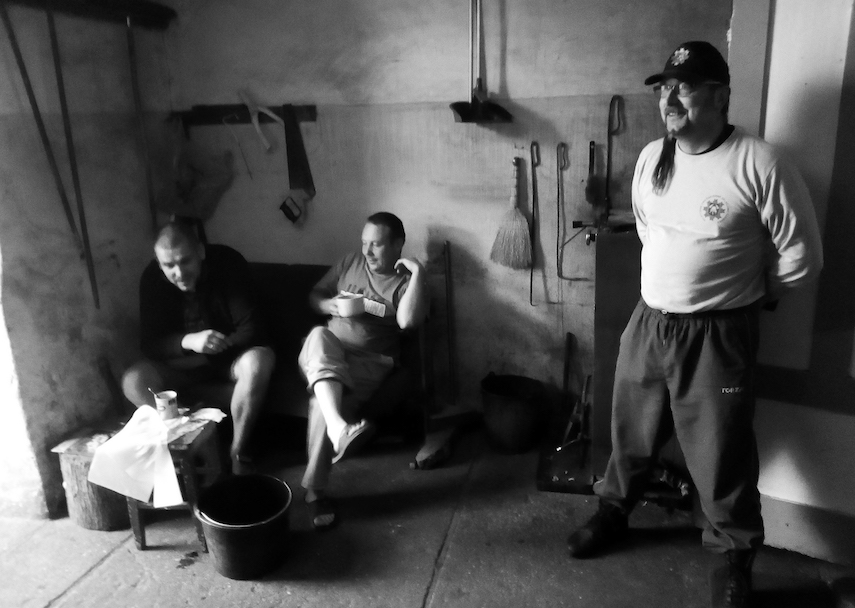 A fireman (right) and two friends in the former Kloyz in Žagarė, now the town’s fire station. 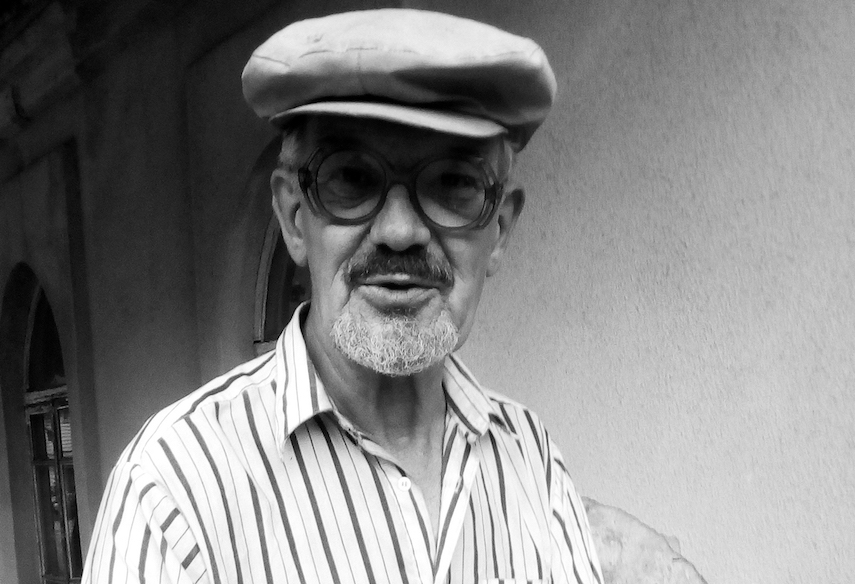 Boris outside his home, one of eight remaining synagogues in Kaunas.

The English photographer and Kaunas resident Richard Schofield recently completed a 12-day tour of Lithuania where he visited and photographed the remaining 100 or so synagogues and Jewish prayer houses in the country for a new photo book he’s in the process of writing in preparation for the centenary of Lithuanian independence in 2018.

A hundred synagogues in 12 days, that’s some achievement. Tell me how and why you did it?

I like to set myself challenges. I did it for several reasons, partly to raise money for the International Centre for Litvak Photography, the small NGO I run in Kaunas, partly because I wanted to know more about the subject, and partly because I’m a trained documentary photographer and this seemed like a beautiful and interesting thing to photograph. I did the trip hitchhiking, travelling on buses and, for one day, driving around the countryside with an English friend who lives in Kedainiai.

Why bother concentrating on a subject that’s no longer relevant in Lithuania?

But it is relevant. Lithuania’s about to celebrate its 100th anniversary of independence. The Litvaks (Lithuanian Jews) played a huge role in this, representing the country at the peace talks at the end of the First World War and fighting (and dying) in the Lithuanian Wars of Independence that followed. Lithuania has many people to thank for its independence, not just the usual suspects.

And you’re writing a book?

An e-book. My second photo e-book in fact. My NGO will be the main publisher and we’ll distribute it with the help of Dutch Kills Press, a small publishing house run by a friend in New York.

What kind of condition did you find the synagogues you visited in? How did it make you feel?

Some are going to be rubble and dust before the end of the year. Others are used for storing firewood. Some lay abandoned, one is a church, some are apartments. There’s even one (in Telsiai) used as the office of a member of the Lithuanian Parliament. A few have been or are in the process of being renovated, such as the one in Kedainiai which is now a popular and inspiring multicultural centre. One of the reasons for doing the trip was to see how I felt about all these buildings, and to try and understand how better to approach the subject of remembering. My NGO is trying to buy an abandoned synagogue in Kaunas at the moment, and the journey helped me put this somewhat abstract idea into more concrete terms. I’m more determined than ever to do this. The situation with the synagogues in Lithuania is an unusual one. In New York, for example, there are lots of them that have been converted into other uses, but that’s because people stopped going to them as they slowly lost their faith. In Lithuania, people stopped going because they were murdered. Re-using these buildings under these circumstances is a moral minefield. I’m still not 100% sure how I feel about this. Buy the ebook when it’s published, and find out more!

I will! The photographs you took for the book are great. What did you use to make them with?

Thank you. I took them using my smart phone. It’s a habit I can’t get out of. I studied photojournalism and documentary photography in London using a simple Nokia phone I bought in 2007. There’s an immediacy and beauty you get with a mobile phone that I love. It also makes it easier to photograph people. Nobody takes you seriously when you point a phone at them, and their relaxed attitude comes out in the final image. Like the one I took of Boris in Kaunas on the last day of the trip. Boris grew up in children’s homes and has been living in the former synagogue in Zaliakalnis for 20 years where he also looks after the building. The synagogue’s owned by the Jewish Religious Community in Kaunas that provides a home for someone in need. Synagogues exist to serve not only religious needs, but are also used for educational and community use. The case of Boris is a beautiful example of the latter.