Atko may be facing fines for skipping bus stops in Narva 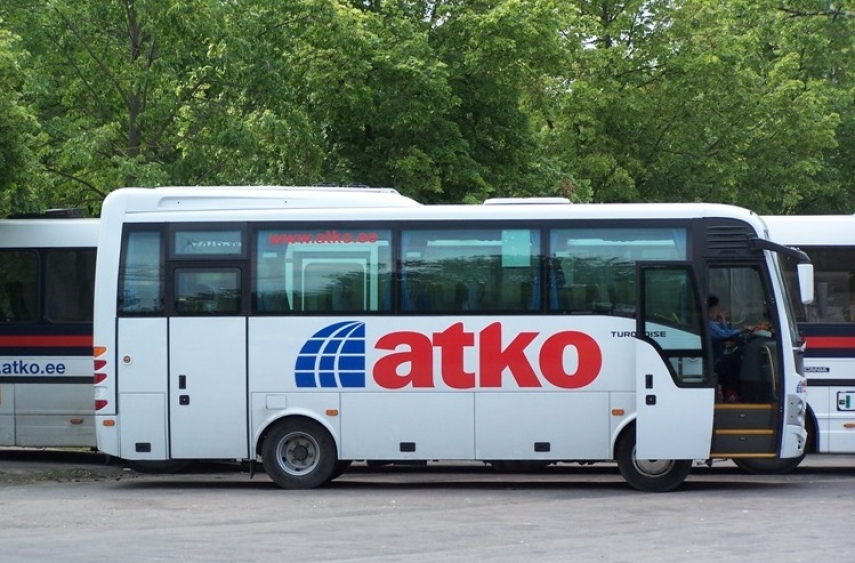 TALLINN - Both bus passengers in the northeastern border town Narva as well as officials of the Road Inspection have noticed several breaches on bus routes serviced by operator Atko, mainly in relation to buses skipping stops, and as a result, the operator may be facing a fine, the regional Pohjarannik reports.

The service contract between AS Atko Bussiliinid and the city of Narva runs from February 2016 to January 2022, and marks first-time cooperation between the parties. Bus lines in the city were previously serviced by the municipal AS Narva Bussiveod, which has since gone bankrupt.

During nearly the whole time when Atko has been operating bus lines in Narva, the city has had numerous complaints about the quality of the service. For instance, Pohjarannik reported in February that some buses failed to service the routes in winter or skipped stops in the city's suburban areas, thus forcing passengers to wait in freezing temperatures. These problems were partially related to the quality of road maintenance during winter.

The Road Administration inspected Atko's service this summer and recorded that buses on the city route number 41 simply skipped stops on June 2 and 6. The reports compiled with regard to the occurrences were sent to Akto, which had not replied to the Road Administration's query by the end of July.

On July 24, a precept was issued to Atko ordering compliance with bus schedules. Non-compliance would result in a 6,400-euro fine.

The Narva city government, too, received a complaint regarding the bus operator's poor service.

In relation to the complaint, a query was subsequently also sent to Atko by the city government's department for economy, which, too, have yet to be answered.

Veera Mihhailova, head of the department for economy at the Narva city government said that the queries have likely gone unanswered due to Atko's regional manager being on holiday in July.

"We are waiting for an explanation why buses have been passing people by without stopping and why Atko has not given any explanations to the Road Administration," Mihhailova said. "We have yet to receive an answer," she added on Aug. 1.

Head of the Narva department of Atko Bussiliinid Aleksei Andrejev told Pohjarannik that two buses, number 38 and number 37, are scheduled to stop at a certain bus stop within a one-minute interval. The second bus was approaching the stop; however, all passengers boarded the firsy bus, thus the second bus skipped the stop without opening its doors, he said.

"I don't understand the reason for these complaints, but we are currently working towards having the second bus wait at the stop for a couple of minutes in such situations," Andrejev said.

As to the officials of the Road Administration, the circumstances were slightly different, he said.

"The bus driver noticed that there were no passengers at the stop and just three of them on the bus. Not far from the stop was parked a vehicle of the Road Administration with three people in neon vests standing nearby. Our bus driver noticed that something was happening at the bus stop, decelerated, and drove on without stopping as he thought there was no reason to disturb them," Andrejev said.

He added that the drivers have submitted explanatory statements with regard to the incidents and they have been reprimanded.

Both Mihhailova and Andrejev said that bus drivers are obligated to stop the bus at the bus stop, even if there are no passengers waiting at the stop and the bus has no vacancies.

"We will explain it to our drivers once more," Andrejev said.

The North Estonian Public Transport Center on Thursday decided that bus route servicing agreements entered into with Atko will be terminated in relation to frequent violations, the daily Postimees reported on Friday.

When asked if the Narva city government has considered early termination of the servicing agreement with Atko in relation to the said issues, Mihhailova said that it had not been discussed.

"There have been certain occurrences, but we have not considered that yet," she said.

Mihhailova admitted, however, that cooperation with the previous operator AS Narva Bussiveod had been smoother.

"They had extensive experience and they knew well both Narva and the needs of its busnesses and residents," she noted.