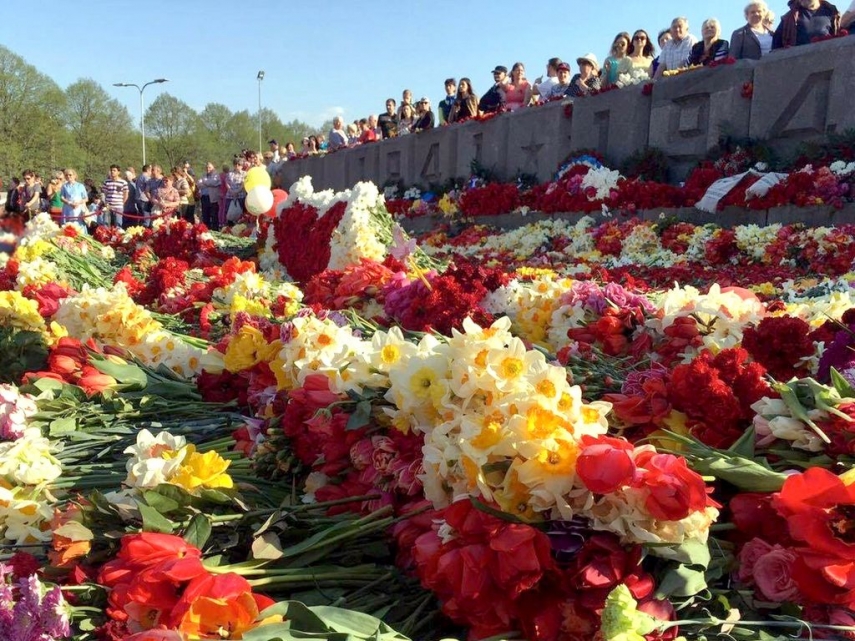 Most of the marchers were middle-aged or elderly people, although some of them had taken children along. Several participants of the procession carried pictures of solders fallen in World War II.

Others held balloons and flags of Latvia’s Russian Union which were handed out before the event started.

So far, the march has been taking place without incidents.

As reported, several hundred people laid flowers at Victory Park monument in Riga's Pardaugava this morning to mark the May 9 Soviet Victory Day which is mostly celebrated in Russia, LETA observed.

Like every year, a large public gathering which includes musical and dance performances by local and foreign artists is taking place in Victory Park throughout Thursday.

The Victory Day is celebrated in Russia and some other former Soviet Union countries on May 9, the anniversary of the Soviet victory over the Nazi army in World War II. Elsewhere in Europe, including Latvia, the defeat of Nazism is celebrated on May 8, the date that World War II allies formally accepted the unconditional surrender of the armed forces of Nazi Germany. On May 9, Latvia officially celebrates Europe Day.

Latvia's Russian-speakers widely celebrate the Victory Day on May 9 while ethnic Latvians tend to scorn this celebration because for Latvians this date means the beginning of the decades-long Soviet occupation.