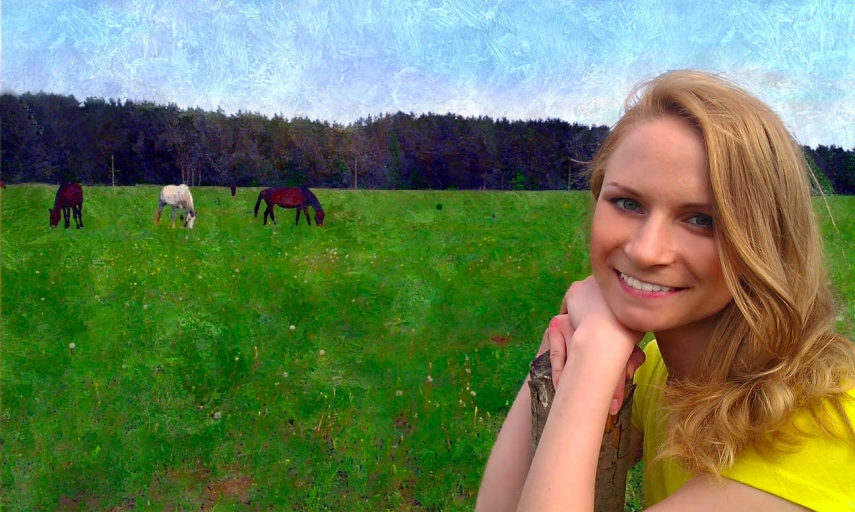 Daina Skadmane (March 19, 1990 – November 21, 2013) was a Latvian painter, lithography artist and Art Academy of Latvia student, she left more than 342 art works, her name is associated with the artwork "Vēja egle" (Christmas Tree in The Wind) in Riga, Latvia. In 2013, the President of Latvia Andris Bērziņš decided to use Daina's artwork "Vēja egle" for the National Christmas card 2013 which was sent to world leaders, in 2014 the Latvian Post (Latvijas Pasts) issued a special envelope with the artwork “Vēja egle” image.