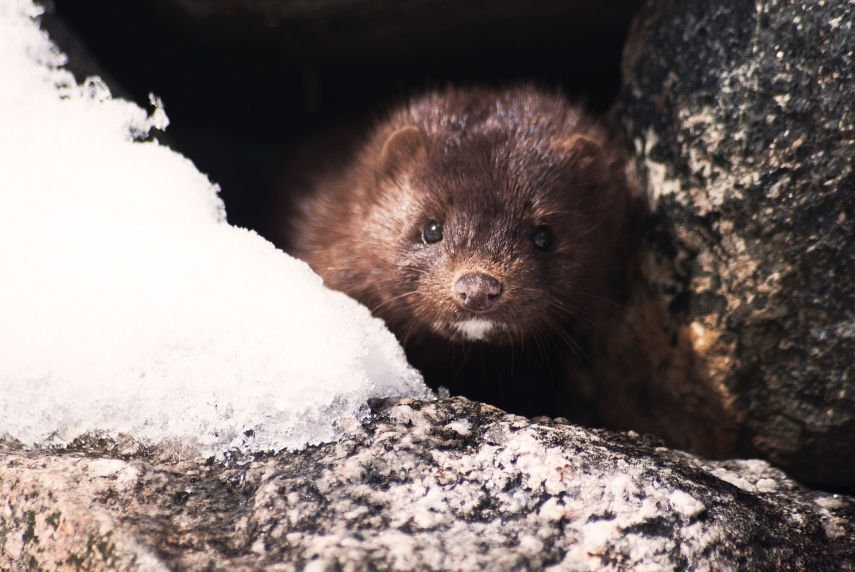 TALLINN – The animal rights organizations of Estonia, Finland, Sweden and Norway -- Loomus, Animalia, Djurens Ratt and NOAH -- have issued a joint statement, according to which fur farms have lost their democratic support and economic justification in the Nordic countries.

In the last few years, animal protection organizations have worked to stop fur farming in Estonia, Finland, Sweden and Norway and are joining forces to coordinate their activities and campaigns in order to achieve even greater efficiency, spokespeople for Estonia's Loomus said on Monday.

Kadri Taperson, head of Loomus, which is leading the campaign to ban fur farms in Estonia, said that despite the growing support of banning fur farms and numerous bans in Europe, the fur industry is continuing strong international lobbying. "Animal rights organizations believe that these attempts are undemocratic and based on false assumptions," Taperson said.

For example, the Finnish fur breeders' association Profur recently attempted to influence the Norwegian fur farm ban by issuing a statement that no discussions concerning the banning of fur are taking place in Finland. This statement was issued slightly after a bill was submitted to the Finnish parliament which, among other things, included banning fur farms, it is said in the joint statement by animal activists.

For years, the European umbrella organization Fur Europe has worked in the name of certificate system Welfur, the aim of which is to ensure continued ethical fur farming in Europe and the entire world. According to the animal rights organizations, Welfur has actually turned out to be a means of communication, the welfare criteria of which do not differ from the suggestions of the European Commission and national laws. In addition, it has not been conclusively determined whether Welfur's audits are always carried out by external auditors, as in Finland, a third of the auditing organization is owned by the fur industry. "In conclusion, it seems that the lobbyists of the fur industry are prepared to do anything to keep the industry alive, regardless of the fact that there is no democratic and economic ground to lean on," the statement made by the animal activists said.

Due to strict regulations, the farming of foxes and chinchillas has already ended in Sweden. Minks are farmed in cages enabling climbing and in controlled conditions, even though the profitability of it is low. In Finland, the number of fur farms has declined significantly in the last few decades and the industry is making a serious effort to earn a profit. Banning fur farms has been discussed in the Estonian parliament on two occasions and many political parties have included it in their election promises. In Norway, the government program sets out closing the farms by Feb. 1, 2025.

All of the animal rights organizations behind the joint statement are members of the Fur Free Alliance (FFA) organization, which awards the Fur Free Retailer (FFR) title to fashion enterprises that wish to give up using fur or express their support of this progressive world view.

The organizations that signed the joint statement -- Loomus, Djurens Ratt, Animalia and NOAH -- assure that fur farms have a negative impact on the environment, they cannot ensure proper species-based living conditions nor the sufficient welfare of the animals and their products are unnecessary for the lives of people. According to the organizations, fur farming has lost its democratic support and economic justification. This is why one of the priorities of the organizations continues to be banning fur farming and cooperating in order to establish a ban on fur farms in the entire region.