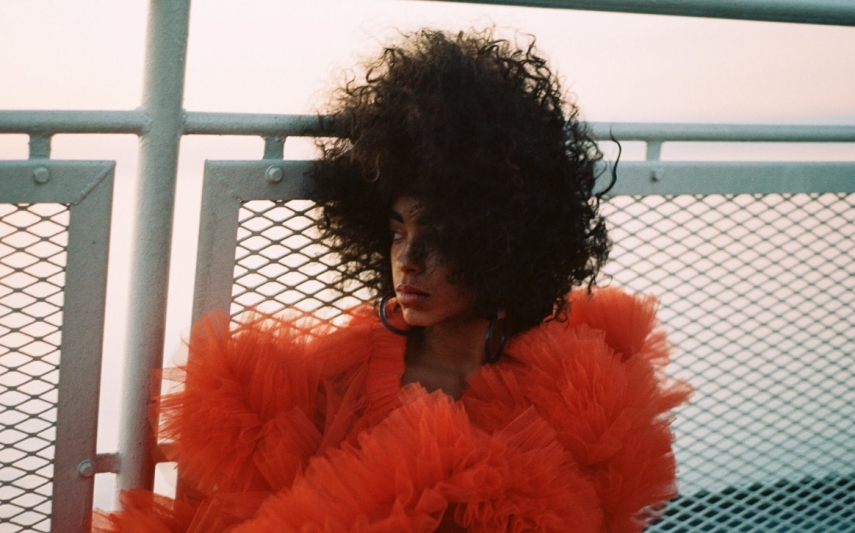 On Saturday, March 16, American Avant-pop performer Kelsey Lu will be giving the only concert in the Baltic States in Cesis Concert Hall, Latvia.

The performance of classically trained cellist, multi-instrumentalist and vocalist Kelsey Lu is part of the Ambiente Stage_TĪRKULTŪRA White Wall sessions at Cesis Concert Hall – the series of concerts that aim to highlight new contemporary music talents from all around the world.

Kelsey Lu is currently one of the most prominent pop musicians, whose name is increasingly being mentioned in music and culture media - such as Pitchfork, Dazed, Vogue and V Magazine. She has gained initial recognition through collaborations with such world-renowned artists as Lady Gaga, Solange and Dev Haynes from Blood Orange and has just announced a tour with the one and only Neneh Cherry.

Kelsey Lu is a musician who’s been writing her own original music since the age of 16, releasing debut EP “Church” with True Panther Sounds in 2016 and consequent singles Due West and Shades of Blue in 2018, working towards her new album in 2019. Her work stands out with original cello scores topped with a bright and angelic way of singing - a little transcendental and filled with ethereal aura. Her music is likewise very rhythmical and enthusiastic showing an influence of R'n'B and gospel music.

During the Ambiente stage_TĪRKULTŪRA White Wall sessions the audiences are invited to enjoy a unique atmosphere and the nuances of music by discovering the pure and true sources of modern culture. Set against a white backdrop, the emphasis will be put on showcasing the artist and their work, allowing audience to freely immerse themselves in the creative process, as well as take part in the post-show discussions with artists - all set in converted white wall gallery aesthetics.