Ambassador: US views Baltics as models for many other allies 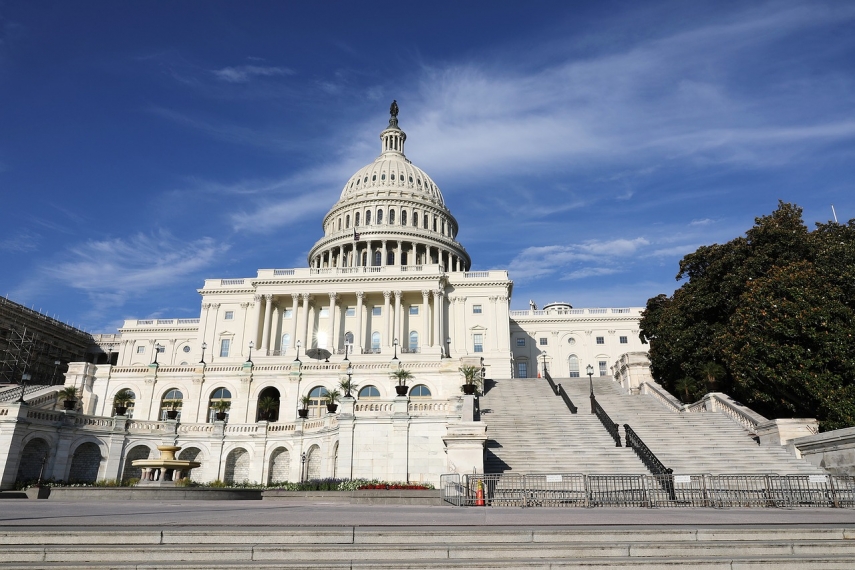 TALLINN – The United States considers the Baltics to be tremendous partners and models for many of its other allies, U.S. Ambassador to Estonia James Melville told reporters ahead of the meeting of the presidents of the three Baltic countries with President Donald Trump in Washington.

"We consider the Baltics to be tremendous allies and partners, and models for many of our other allies about how to seriously assess what can be done in your own security interests and taking the decisions necessary to back that up with resources and national priorities. In that regard Estonia, Latvia and Lithuania are tremendous alliance leaders. I would imagine that that's the part of the message that we want to stress and hopefully will resonate," the ambassador said of the upcoming meeting.

"The U.S. through our president Donald Trump will have the opportunity to congratulate the three Baltic presidents on the 100th anniversary of their independence. Which is a very important achievement not just for you but also for us because the independence, sovereignty and security of the three Baltic republics was a very long-term goal of the United States in the period of the Soviet occupation," he said.

"For us it's been a tremendous achievement to see all three countries become what we always knew they could be, which is models of economic prosperity, liberty and democracy and great allies for the U.S. and our other European allies," the ambassador said.

"One of the things the U.S. appreciates about the three Baltic allies is the fact of your commitment to your defense and the famous 2 percent Wales pledge. It is longstanding and significant and also presents a good example and a model for a lot of our allies, including some of our really large allies," he said, describing it as relatively certain that President Trump will mention how much he appreciates the fact that the three Baltic countries are all above 2 percent and have made the commitment to continue to carry their share of the burden of defending NATO.

"I particularly appreciate what I sometimes hear from my Estonian friends, that the 2 percent is seen as a floor, not a ceiling. Which is music for any American security specialist because the national treasure should be spent according to what your priorities are. And that's true of every ally," Melville said.

Melville said that it isn't certain that the presidents will also discuss air defense deployments in the Baltics.

"I can't predict exactly where the conversation will go but that certainly sounds more likely the kind of thing that we would address in the NATO context, since it is a NATO issue," he said.

Commenting on the proposal made on March 28 by Lt. Gen. Ben Hodges, former head of U.S. Army Europe, that the U.S. should send its rotational forces back to the Baltics, the ambassador said that he is fairly confident that this is something that the three Baltic leaders will bring up.

"So it would surprise me very much if that isn't part of the discussion, because it seems that every occasion that we get together Estonia, Latvia and Lithuania make the point that during the period from 2014-2017, when we had a company of soldiers to each of the Baltic states, it was much appreciated and they felt that the American presence was important in deterrence," he said.

However, since the enhanced Forward Presence battalions arrived, the character of the deterrence is much stronger, the ambassador said.

"We all feel like a battalion of NATO troops is a much more substantial presence than a company of American soldiers. Everybody agrees to that, that was a Warsaw decision and we all signed up to it and it's absolutely true, but there's this sense that American soldiers' presence is also of a certain character in terms of its deterrent value that they -- the three Baltic countries -- particularly value," he said.

"Since I've been here, the cooperation has been terrific. In the way that the three Baltic countries address the U.S. reflects the fact that there is a deep level of coordination and cooperation and collaboration that you all bring to these gatherings. We realize there are some differences, natural differences. The priorities are a little bit different, but in terms of the big issues, the coordination is really important and excellent," he said.

"We believe regional cooperation is the best way to face all the challenges we have. Again, you're a model," the ambassador added.

The meeting and a joint luncheon after the meeting will focus primarily on security and economic cooperation, while energy and cultural cooperation will also be dealt with. A joint statement is to be adopted at the meeting.

In addition to the meeting of the heads of state, Kaljulaid will take part in a Baltic-U.S. business forum on Tuesday that will be attended also by U.S. Secretary of Commerce Wilbur Ross and executives from about a couple of hundred U.S. companies. A dinner for the Baltic heads of state will be hosted by National Security Adviser Herbert McMaster.