Photo: Russian opposition heavyweight, Alexey Navalny, has been sentenced to 9 years in a maximum security penal colony, serves the sentence since spring of 2022 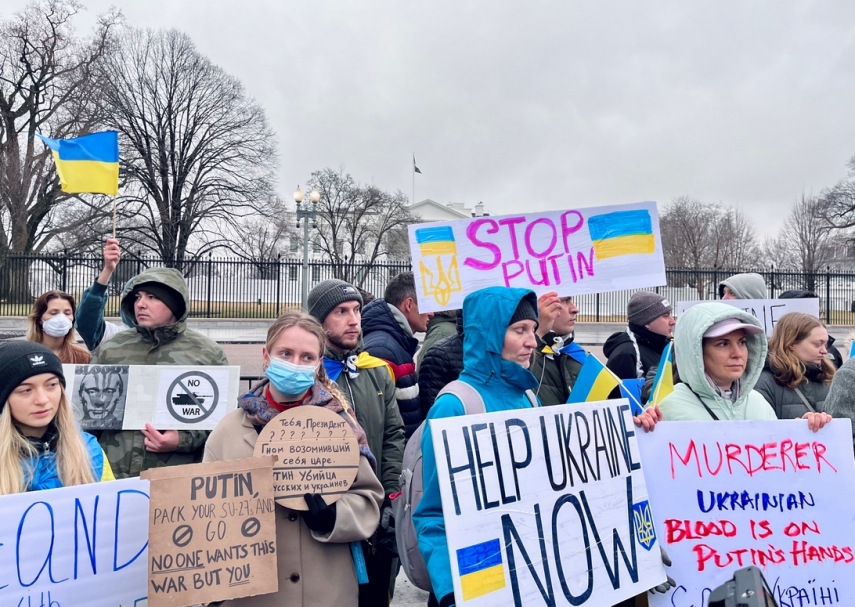 Leonid Volkov, chief of staff of the now imprisoned Russian opposition heavyweight, Alexey Navalny, as well as chairman of the Anti-Corruption Foundation (ACF), agreed to speak about the war in Ukraine, the cards that Vladimir Putin still holds, and Navalny himself.

As we speak in November, what cards do you believe are left for Putin in the Ukraine war?

According to a recent Washington Post article, the United States is privately urging Ukraine to participate in peace talks with Russia. What is your comment on this?

Yes, and this is wrong. Once again, we do not need negotiations for the sake of negotiations. The purpose of negotiation is to reach an agreement that will be respected. We know right now that Putin will not respect any agreement he ends up with. So why waste time on these negotiations?

So, will it be like the Minsk I and Minsk II agreements?

It is very good that we're talking about post-Putin Russia. In your recent video, on November 3 2022, you talked about potential scenarios for Russia. Do you think European countries, the US, and especially, Russians, are ready for the post-Putin era?

Of course, they are. They are so tired of Putin's era. People are ready. Russians can live without Putin perfectly and everyone will be surprised. Everyone will be surprised by how fast Russia will depart from Putin's legacy and how fast Russia will be able to build a sustainable, Eastern European-style democracy. I am sure as hell this will be possible; it will not take too much time. We know a lot about Russia's younger generation - what they want, how they feel. They want to live in a normal European country, and they know what that is. They travelled, they saw how life could be, and they wanted to achieve it. This generation of old, Soviet nostalgic KGB gerontocrats has to be wiped away. They will be gone. They are a historical mistake. The fact that they are still in power despite being 70 or older is simply a historical mistake. This mistake will be corrected.

In your opinion, were the pro-Navalny protests before his arrest helping Vladimir Putin, or were they a weapon that the opposition could use to fight the regime?

Protests were important because they gave a feeling of unity and helped fight against loneliness and optimization. And they are still important. Putin is trying to sell the idea, using his propaganda narratives, that he is supported by the vast majority of people. Putin's idea is that, like you, liberals, people who don't like me, you are "2 percent of bullshit, 2 percent of the sheet, you don't represent everyone around." How does he achieve this? Very simply, he does everything possible to silence opposing voices in the public space and in the media. So it’s possible to amplify Putin's supporters' voices enormously. One gets the feeling that everyone is talking about how great Putin is, how great the war is, how great everything is, and no one is talking. Clearest approval. So we can easily face the situation where everyone is actually against {Vladimir Putin} but they are atomized, they sit in their apartments, they watch TV, and the TV tells them everyone is supportive. This is well known. People must see each other and connect with each other at some point in time to realise that this propaganda narrative is false. It is always the most important outcome of all these protest rallies. People are confessing on social media: "We never expected there to be so many like-minded people in our small city. I never expected it, so I decided, okay, I will be so brave; I will turn out. But I thought I'd be the only one protesting, until I saw other people." This is very important. Now, is it enough to overthrow the dictatorship in a country like Russia? No. But this situation will change, so the political situation is flexible, and a moment will come when there will be better opportunities, when there will be more political turbulence and it will be possible to achieve change. This experience that people have gained, participating in those protests, seeing each other, will be very important at this moment in time. So the protest rallies are very important. They are tools to heal this learned helplessness.

Looking back, in January 2021, Navalny returned from Germany, where he received treatment after the poisoning allegedly ordered by the Kremlin. Do you think it was a good idea to actually return?

As we discussed many times, also during the movie’s post-screening Q&A, it was never an idea. It was never a matter of discussion. We never sat down to try to discuss the pros and cons. Even when he was still in a coma, we knew he would return once he recovered because he belongs there. He is a Russian politician who did nothing wrong and who represents millions of people in Russia. So many stupid things originate from situations when we try to take something out of its historical context and put it in the present context. People tend to forget the context. It happens often. What was the context in December 2020? Alexey recovered. And his supporters were asking why he wasn't returning home. Where is he? At that point in time, if he had stayed, he would have just been forgotten. Just yet another emigrant opposition politician who does not have any influence on the political situation in Russia. Who is not interesting to anyone, so how? People try to put it in the current context of 2022. Those who, if he were now away from Russia, would be more efficient. Well, even this assumption is probably wrong. I believe it's wrong. He's now actually very efficient because he's in prison. Everyone knows it. He takes enormous risks. He shares his risks with his people, the Russian people. But he manages to raise his voice and speak out, like against the war, which is important.

Do you know how Alexey Navalny is doing now, health-wise?

Well, actually, we don't know much. From what we know, mentally, he is very fit, and psychologically, he is doing OK. His health, of course, suffers because he’s in this punishment cell, which is not liveable and is very dangerous for his health. He can't do his exercise. There is not much you can do to influence the situation. We will know that he just keeps going.

Are there any prospects for his release, even though I know that his sentence has increased. Can any international organisations help?

Anything could change at any moment, but only based on Putin's personal decisions. So Alexey Navalny is President Putin's personal prisoner. There is only one person who makes the decision about what to do. This person, Vladimir Putin, is very opportunistic. He has a known track record of changing his mind based on the current situation. Tomorrow Putin may decide it is better for him to release Alexey, to use it to bargain with the West, or to do anything, and he will do so. It happened in the past, it might happen in the future. Putin is not a strategist. He is a very tactical player. We have to keep the pressure on. We have to keep Alexey's profile high. We have to keep the wolf reminded about Alexei Navalny, the number one political prisoner in the world. At some point, this will help, but as of right now, we do not see any short-term perspective for his release.

What are your and your team's future plans?

We have a huge portfolio of projects that we are developing. Some of our projects are now published, like the sanction list and the revival of Navalny offices, in virtual format, of course, but still, like a partisan movement in Russia, a guerrilla movement, so they say. Some other plans and projects are still under construction. They will be revealed soon, but we never talk about them before they were public.

If you could make one wish for yourself and for the future of Russia, what would it be?

Well, for Russia, I wish it to become a normal, regular European country without all the Imperial resentment and without this wish to play a special role on the post-Soviet political scene. For myself, to have more time to spend with my family. That’s it. 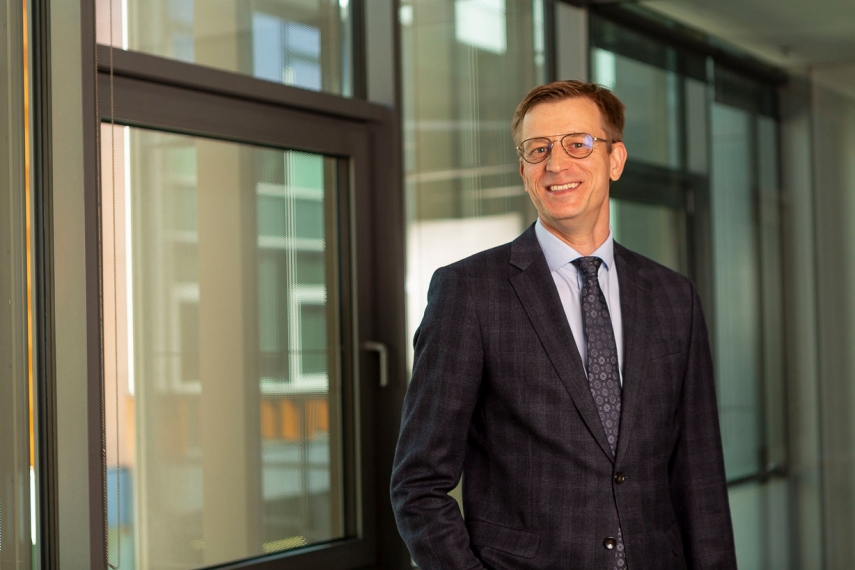