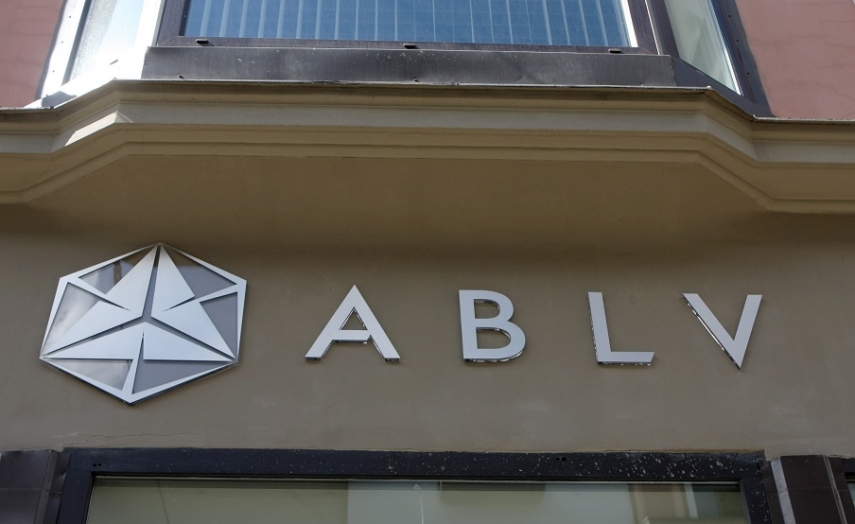 RIGA - Latvia's ABLV Bank and its largest shareholders have filed a complaint with the EU Court of Justice against the European Central Bank (ECB) and the Single Resolution Board (SRB), LETA learned from the bank.

The bank's lawyers from the German office of DLA Piper on behalf of the bank and its two largest shareholders have filed four applications in total - two against the ECB and two against the SRB. The applications specify several possible violations that could have been committed by the European Central Bank and the Single Resolution Board. They include violations of powers, proportionality and equal treatment and other possible violations, and list a range of serious objections to the manner how the decision whether the bank was failing or likely to fail was taken.

The bank asks the court to review the decisions made by the ECB and the SRB on February 23 which forced the shareholders to decide on a voluntary liquidation of the bank.

The bank stresses that the decision on liquidation is not suspended by the applications, but bringing the claims is important for the reputation of the bank, its employees and partners, as well as for claiming potential losses if the court decides in favour of the bank and its shareholders.

A review by the European Courts is also important in order to create legal certainty after the ECB's and the SRB's decisions have already been harshly criticized by a Luxembourg Commercial Court. There were even comments by a representative of the SRB in a hearing in the European Parliament which suggest that the SRB itself believes that its decision may have been based on an erroneous understanding of the legal position.

According to the bank's representatives, it is still unclear whether the ECB and the SRB were authorised to decide on liquidation of the bank, especially after the critical decision made by the Luxembourg Commerical Court. Besides, the Latvian Financial and Capital Market Commission (FCMC) and the Latvian Finance Ministry admitted that liquidation could have been just one of the options.

The bank noted that the ECB and the SRB have merely assumed potential liquidity issues in the foreseeable future. At least with respect to ABLV’s Luxembourg subsidiary the Luxembourg Commercial Court called this "pure speculation" without any factual basis.

ABLV Bank said that the the ECB has been unable to react in a crisis situation caused by the statement published by the Financial Crimes Enforcement Network (FinCEN) of the U.S. Department of Treasury.

Also, the ECB did not promptly and adequately respond when the governor of Latvijas Banka Ilmars Rimsevics - a member of the ECB's Governing Council claimed that no one (not even the Latvian central bank) was allowed to transact with ABLV following the publication of the FinCEN Draft Measures. Nobody disputes that this statement was grossly incorrect. The chairman of the FCMC has commented emphatically at a hearing in the European Parliament that the FinCEN Draft Measure was "never meant to kill a bank". And yet the ECB failed to respond adequately and in a timely manner to this grossly misleading statement by a member of its own Governing Council. This led to temporary delays in settling ABLV's transactions.

The complaints were filed to the court on May 3.

As reported, ABLV Bank on March 5 submitted a draft voluntary liquidation plan application to the Financial and Capital Market Commission. If the plan is acceptable, the commission will submit a draft decision to the European Central Bank (ECB). When the ECB is given its permission, ABLV Bank may start the liquidation process.

Before that, on February 26 shareholders of ABLV Bank made a decision to start the liquidation process in order to protect interests of its clients and creditors. ABLV Bank believes that in this way it will be possible to ensure active protection of its customers.

The Financial Crimes Enforcement Network (FinCEN) of the U.S. Department of Treasury in mid-February published a report proposing sanctions against Latvia's ABLV Bank over money laundering schemes that have been aiding North Korea's nuclear program and illegal activities in Azerbaijan, Russia and Ukraine.

"ABLV has institutionalized money laundering as a pillar of the bank's business practices," said the U.S. Treasury Undersecretary for Terrorism and Financial Crimes, Sigal Mandelker. "In addition, ABLV has facilitated transactions for corrupt politically exposed persons and has funneled billions of dollars in public corruption and asset stripping proceeds through shell company accounts."

On the other hand, lawyers of ABLV Bank have called on FinCEN to recall its proposal. The bank's lawyers say that FinCEN has made "exaggerated accusations" against the bank, and in most cases provided too general statements or did not ensure evidence of money laundering and bribery. FinCEN has ignored ABLV Bank’s performance in the program for combating financial crimes. Considering these arguments and the fact that the bank has already made a decision on voluntary liquidation, the lawyers believe that FinCEN’s proposal published on February 13 regarding ABLV Bank should be recalled.

At the end of 2017, ABLV Bank was the fourth largest bank in Latvia by assets. The bank's majority shareholders Olegs Fils, Ernests Bernis and Nika Berne own, directly and indirectly, 87.03 percent of the bank's share capital.