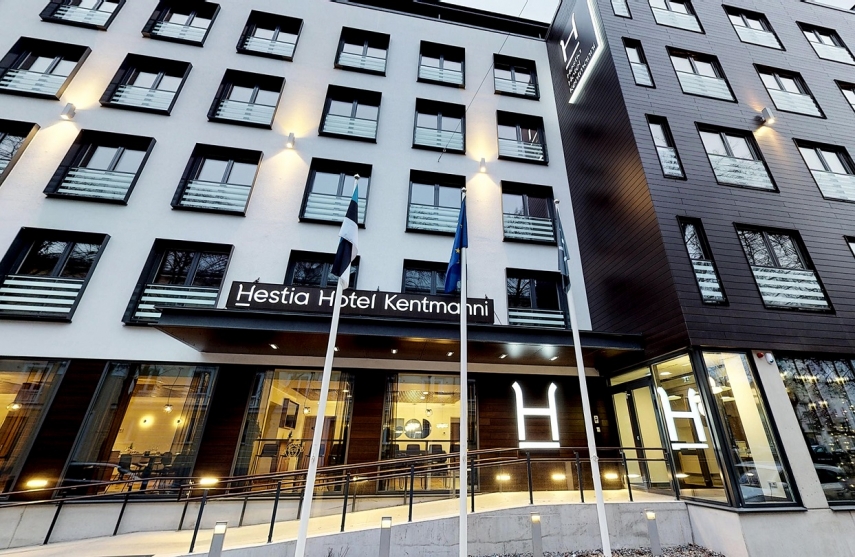 On Friday the 27th of December Hestia Hotel Kentmanni opened its doors on Kentmanni street in the former building of Harju County Courthouse. It is the tenth hotel of Hestia Hotel Group.

Replacing the courtrooms and offices, the new 4* hotel has 92 cosily decorated, stylish rooms, a private spa and restaurant Aus. An additional storey was added to create room for spacious suites that include a kitchenette, a sauna and a private terrace with views to the city centre.

Kaisa Mailend, the CEO of Hestia Hotel Group says that the building at Kentmanni 13 constructed by 1972 has a very interesting history and its evolution into a contemporary hotel is hopefully very welcomed. “The building was designed by Heili Volberg-Raig, an outstanding architect of the 70’s, whose only request was that the spiral staircase that runs through five storeys should be preserved, and of course we met her request. Architect Ain Kalberg and interior architect Liina Langemets contributed largely to the renovations resulting in a timeless and elegant hotel with hints to its history,” Kaisa Mailend told.

Reino Hürünen, the new General Manager of Hestia Hotel Kentmanni is also the General Manager of Hestia Hotel Europa. “When furnishing the Kentmanni hotel we took into account the know-how from our other hotels as well as visitors’ feedback. Of course, the main quality indicator of an hotel is the cleanliness, comfortable beds and generous breakfast, but there are many small things that help to improve visitor experience. For example, we installed USB charging ports and simplified HDMI connection with the TV in all rooms, while the smart lighting system contributes to a perfect atmosphere and sleep,” Reino Hürünen described the new hotel amenities.