2022 IQ overview of Lithuanian Airports: Lithuanians do not save money on air travel 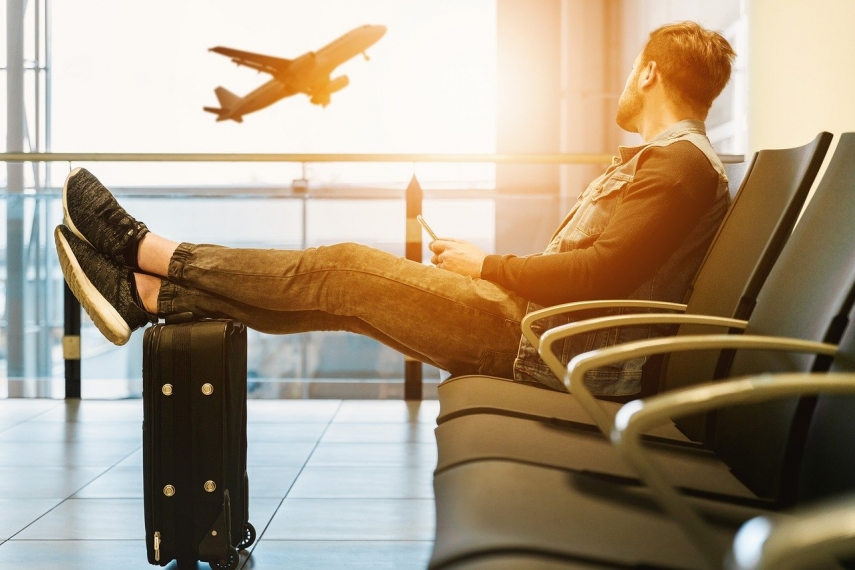 “At the beginning of the year, the whole world was shocked by Russia’s war against Ukraine, and the aviation sector is no exception. However, Lithuanian Airports did not experience any major negative fluctuations in passenger traffic as a result of this, as they were able to successfully redirect their flights to other markets. When the war broke out, we acted quickly together with the airlines - the routes to Ukraine were replaced with new destinations of similar distance,” comments Aurimas Stikliūnas, Head of Aviation Services at Lithuanian Airports.

In the first three months of this year, Lithuanian Airports welcomed 818,000 passengers. In the same period last year, 147,000 passengers were served.

The fastest recovery is said to be at Kaunas Airport. In the first three months of the year, 10.5 times more passengers travelled through this gateway than in the same period last year, which is 93% of the record level of the same period in 2019. This is mainly due to a significant increase in the number of routes offered, especially to holiday destinations, and in March 2022, as many as 26 destinations were already available from Kaunas, which is a wider choice than was offered at the same time before the pandemic.

The average aircraft occupation indicator for the months of February-March was above the level of the previous forecast. It was at an average of 60-70%, which is quite high in the context of the recent period. According to experts, the abolition of the COVID-19 requirements in many European countries, and thus also for those travelling to Lithuania, has led to an increase in passenger traffic at Lithuanian Airports. In recent months, the fastest growth in airports has been driven by emigrants due to the lifting of travel restrictions in the United Kingdom and Norway, while holiday travellers have been the biggest demand at Lithuanian Airports in the first quarter of this year.

“The first quarter of this year and the next forecasts show that Lithuanians are not saving money on travel, especially on holidays. This is probably due to a rather prolonged abstention from flights due to the restrictions imposed by the pandemic, as well as the desire to relieve the accumulated emotional tension. Concerns about inflation and possible price rises are also encouraging some passengers to take advantage of the opportunity to travel at more attractive prices this summer,” says Stikliūnas.

According to the expert, in the first quarter of 2021, Lithuanian Airports handled about 4,000 flights, while this year the result is almost 2.5 times better - almost 10,000 flights were handled.

“Lithuanian Airports operated 85 destinations in the first quarter of 2022, compared to 52 at the same time last year, and 81 at the beginning of 2019, which is considered a record year. We are also pleased that existing airlines are offering new destinations at the airports, but the attraction of a new airline was also a very important achievement - the company Swiss started regular flights at Vilnius Airport and launched direct flights between Vilnius and Zurich," recalls Stikliūnas.

In the first quarter of 2022, Lithuanian Airports were ahead of Riga (RIX) and Tallinn (TLL) in terms of passenger traffic. It is also worth noting that Lithuanian Airports continue to have the largest market share (40.3%) in the Baltic market (RIX had 38.4% and TLL had 21.3% in Q1 2022).