Zapad's goal is 'to frighten us'- Lithuanian president 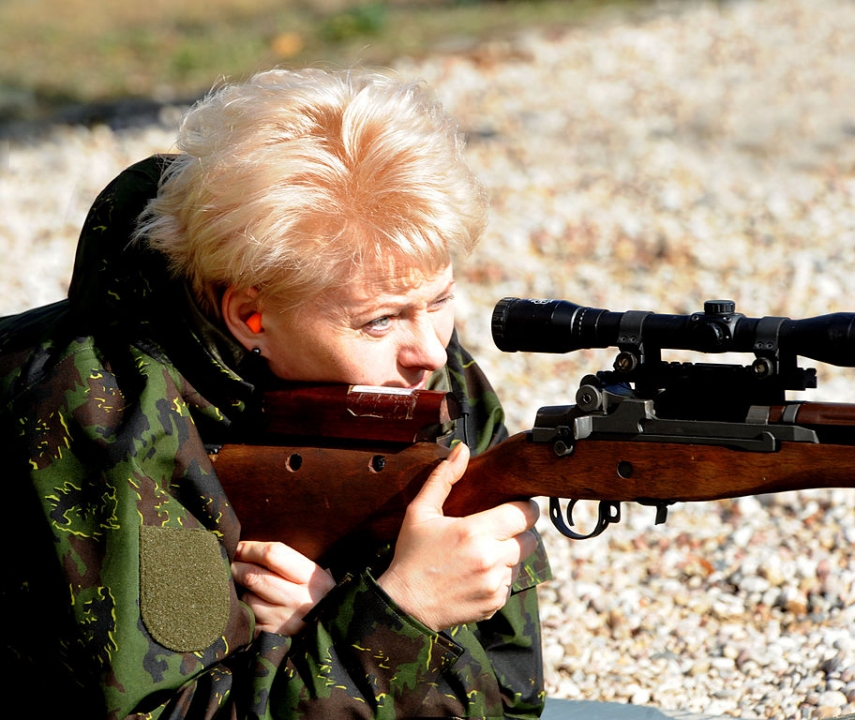 VILNIUS - The goal of Zapad 2017, a large-scale military exercise that Russia and Belarus will hold later this month, is "to frighten us", Lithuanian President Dalia Grybauskaite, who will be visiting the United States during the drills, said on Friday.

"Let's not get frightened, because this is what the goal of the Zapad exercise is: to frighten us, to break our will to defend ourselves so that we are paralyzed and can do nothing in our state," Grybauskaite said at a news conference when asked about her response to criticism from some politicians over the timing of the visit.

"The recommendations of all the relevant structures are that the level of security is unchanged, and (this is) an opportunity to go the United Nations and to address two hundred nations from its rostrum to draw attention to the problems of our region today when the whole world thinks only about conflicts with North Korea," she said, commenting on the aim of her visit.

According to the president, this will be an opportunity to say that "the aggressor -- no matter where it is, whether it is in North Korea or it is our neighbor, must not and cannot do whatever it wants".

"Aggressive actions against one's neighbors, wars and seizures of territories have no justification and will always be disgraceful and deplorable. I am going to say this to the whole world," she said.

Russia and Belarus will hold the joint exercise on Sept. 14 to 20. Moscow says that the war games will involve fewer than 13, 000 troops, but Western officials believe that around 100,000 soldiers may take part.