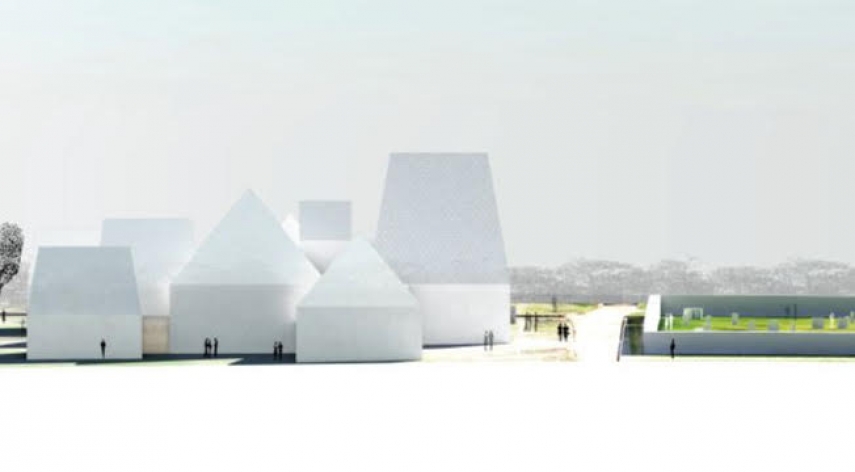 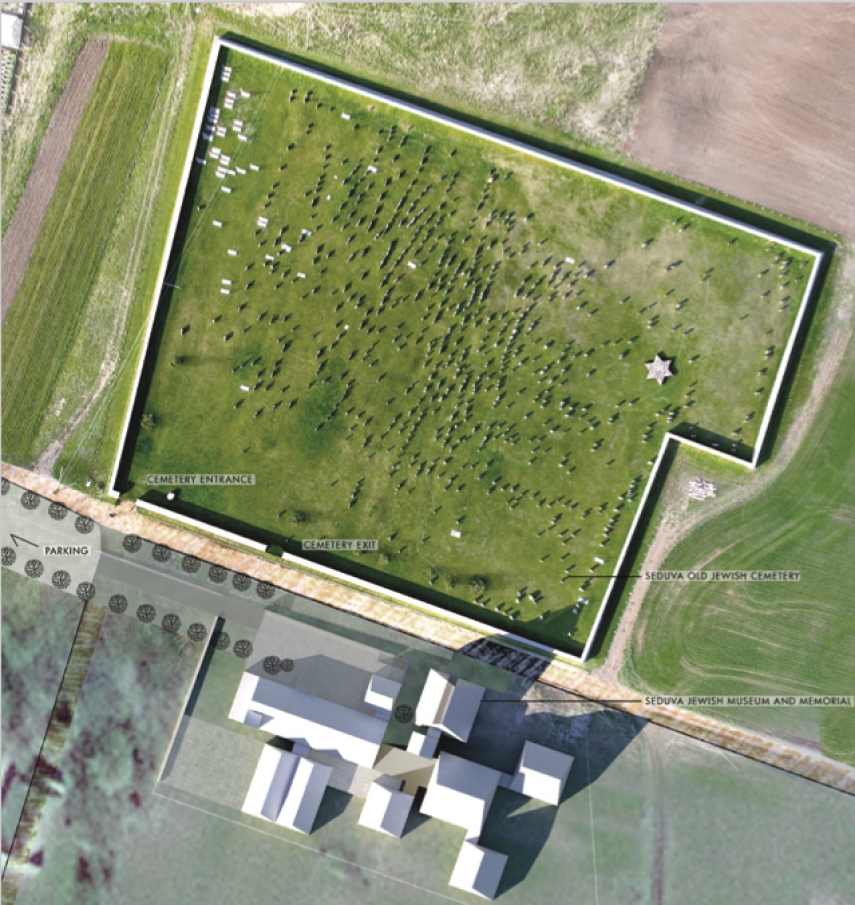 International museum professionals and architects are working on Museum of Seduva Jewish history, which will be using the most advanced technologies to tell its visitors about the history and culture of similar Litvak shtetls.

According to the founder of Seduva Jewish Memorial Fund Sergey Kanovich, the foundation by mid-2019 will complete and open a world class unique museum of Seduva Jewish history – “The Lost Shtetl”, situated next to the completely restored Jewish cemetery.

Based on a history of Seduva the museum of “The Lost Shtetl” will be telling the story of a life of once the largest European Litvak Jewish population living in similar shtetls.

Lifestyle, customs, religion, social, professional and family life of Seduva Jews will serve a center point of Museum exhibition. Visitors of Museum will be educated on the tragedy of Seduva Jewish history which in early days of WWII ended in 3 pits nearby shtetl, ending almost 5 centuries of Seduva Jews.

Planned volume of the Museum is 2,700 square meters.

According to S. Kanovich, the team working on Museum exhibition will use the most modern advanced technology. “The Lost Shtetl“ intends also to become a center of education and culture attractive not only to the national but also to the international audience.

Visiting the “Lost Shtetl” will be a history lesson which will allow national and international visitors to learn about the lost Litvak shtetl history and culture”, said S. Kanovich.

“The Lost Shtetl” project is unique on a European scale and is already included in the prestigious list of European memorial sites compiled by the Berlin Holocaust Memorial Information Center.

The architectural solution of “The Lost Shtetl“ will be created by Finnish company “Lahdelma & Mahlamäki Architects”. This world renown architectural company is responsible for impressive museums and fairgrounds worldwide. Museum of History of Polish Jews POLIN which was created by “Lahdelma & Mahlamäki Architects” won “European Museum Award 2016“.

“Architectural drama is expressed with the help of simple forms, light, the volume of the buildings and the scenery“, - said dean and professor of Contemporary architecture of Oulu university R. Mahlamaki.

Management of the Museum construction is entrusted to Swiss-based company ECAS AG which is a member of Royal International Chartered Surveyors -the leading company in the field of construction professionals and real estate. RICS are known for high ethics and professional standards worldwide.

Curator of the main exhibition of The Lost Shtetl is Milla Jakulyte who was one of the main authors of famous Lithuanian Holocaust atlas. M. Jakulyte is helped by 12 international consultants from Israel, Germany, US, and Poland. Chief Curator of Core Exhibition of POLIN Mrs. Barbara Kirshenvlatt-Gimblette is among the advisors.

Litvaks – Integral Part Of Our History

Litvaks – Jews descending from the territory of former Great Dutchy of Lithuania who spread around the world and enriched history and culture of many countries.

Seduva Jewish cemetery is the resting place to, amongst others descendants of Vilna Gaon, famous rabbis and cantors. Great-grandparents of former President of Israel late Chaim Herzog, as well as the grandmother of current Prime Minister of the State of Israel Benjamin Netanyahu, were born in Seduva.

“The Lost Shtetl“ – Museum of Seduva Jewish history  – is one of the main elements of the project conducted since 2012 by NGO Seduva Jewish Memorial Fund.

The project consists of an already restored old Seduva Jewish Cemetery, 3 monuments at mass murder sites, the monument in the center of the town as well as historical study about Seduva Jews and a documentary “Petrified Time“ directed by Saulius Berzinis.