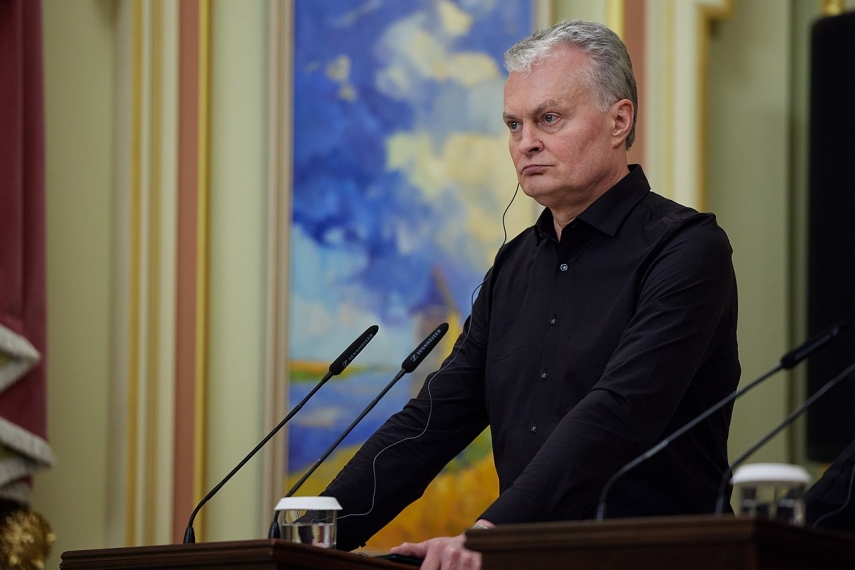 VILNIUS – The West should not allow itself to be intimidated by Russia, Lithuanian President Gitanas Nauseda said on Tuesday after Moscow warned there is a "real" danger of a World War III.

According to Nauseda, Moscow is thus trying to deter the West from providing military support to Ukraine amid Russia's continued invasion of its neighbor.

"We must not allow ourselves to be intimidated by this rhetoric which has already become commonplace," the president told reporters in the port city of Klaipeda.

"They are just taking every appropriate and inappropriate opportunity to try to prevent Western countries from helping Ukraine," he added.

As allies are gathering in Germany on Tuesday to discuss further support for Ukraine, Russian Foreign Minister Sergei Lavrov warned of the threat of World War III breaking out.

"It is real, you can't underestimate it," he said.

Lavrov also warned the West not to underestimate the increased risk of a nuclear conflict over Ukraine, and said that NATO is "in fact" involved in the war against Russia by supplying arms to Kyiv.

Nauseda warned the West against "getting involved in the game that Russia wants to impose on us" and called for continued pressure on the Kremlin.

"After such statements, we need to strengthen our support for Ukraine even more by being very clear about what we think about such threats from Russia," he said.

Speaking about the EU's five packages of sanctions against Russia, the Lithuanian president said the gradual restrictions "were a waste of time".

"Russia's behavior has not changed since then, or has changed very little. That is why Lithuania has always consistently advocated for the strongest possible sanctions," Nauseda said.

"I hope that the sixth package, which is being prepared, will be [...] a serious and big step toward tightening sanctions," he said.

A number of NATO countries have said they will supply various heavy weapons and equipment to Kyiv despite Moscow's protests.

During their visit to Kyiv over the weekend, Pentagon chief Lloyd Austin and Secretary of State Antony Blinken met President Volodymyr Zelensky and promised 700 million US dollars in new aid to Ukraine.