We must persist in sanctioning Russia, helping Ukraine 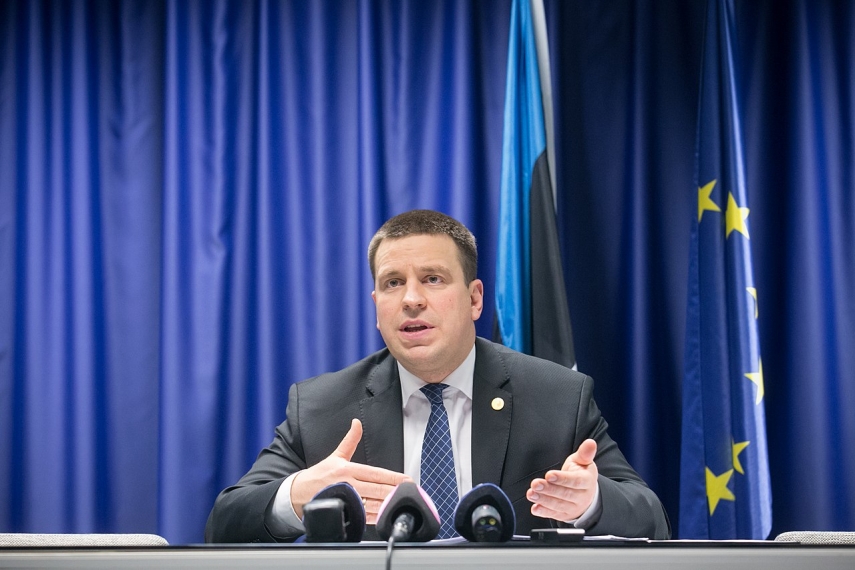 TALLINN – In his speech at the Conference of Speakers of the European Union Parliaments in Ljubljana, Slovenia,  Estonian parliament speaker Juri Ratas underlined the importance of granting a European Union perspective to Ukraine and the significance of being persistent when imposing sanctions on Russia and helping Ukraine.

The parliament speaker noted that the EU has been quick and efficient in its response to Russia’s aggression. "Ukraine has received defense, humanitarian and economic aid. The packages of sanctions that have been adopted are impressive as well as extensive. The political exclusion of Russia from international associations and organizations is progressing," Ratas said. "The preparation of further economic sanctions is continuing because it is our task to make the cost of military activities as high as possible for the aggressor. War crimes must not go unpunished. The Kremlin will have to retreat," the Riigikogu speaker emphasized. He also pointed out that it seems to be the right moment to step up the defense expenditures of all EU countries.

"In doing all this, we should not get tired or leave things as they are, even though the sanctions against Russia have an effect on us as well," Ratas said. He admitted that receiving war refugees was a serious challenge for countries. He noted that the impacts of managing the crisis would become evident over time. He pointed out that supporting the restoration of Ukraine after the war would also be an important task for the future. "Keeping all this in mind, we must be persistent and strategically patient," Ratas added.

The parliament speaker made a proposal to his EU counterparts to hold an online meeting in fall in order to make a brief interim summary of the progress in supporting Ukraine and of what more could be done to perpetuate freedom, democracy and the rule of law in our direct neighborhood.

The visit of the Estonian parliament speaker will continue in Prague, Czech Republic, where he will meet with the speakers of the parliaments of Latvia, Lithuania and the Czech Republic.