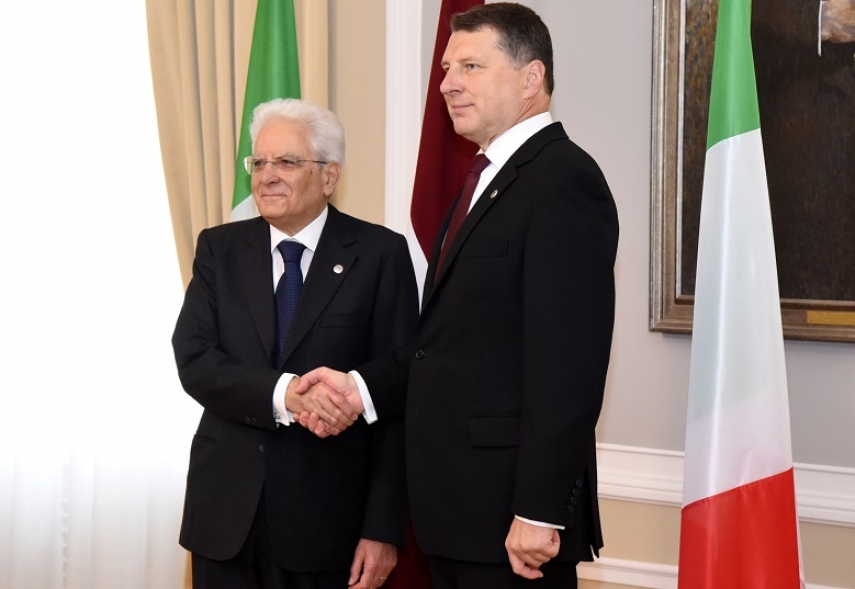 RIGA - We must build strong bridges of cooperation between the Mediterranean and Baltic seas in such areas as security, the economy, culture, science and education, Latvian President Raimonds Vejonis said during a meeting in Riga today with Italian President Sergio Mattarella.

The Latvian president expressed joy at the visit by the Italian president on such an important year for Latvia - the country's centenary. He said that the visit shows the warm and friendly relations between the two countries, which are only becoming stronger. During the meeting, the two presidents discussed a matter of topics, including bilateral relations, as well as current European and global issues.

The Italian president, meanwhile, thanked Latvia for the invitation, and also gave greetings to the Latvian people from the Italian people. He said that this visit will only strengthen cooperation between the two countries.