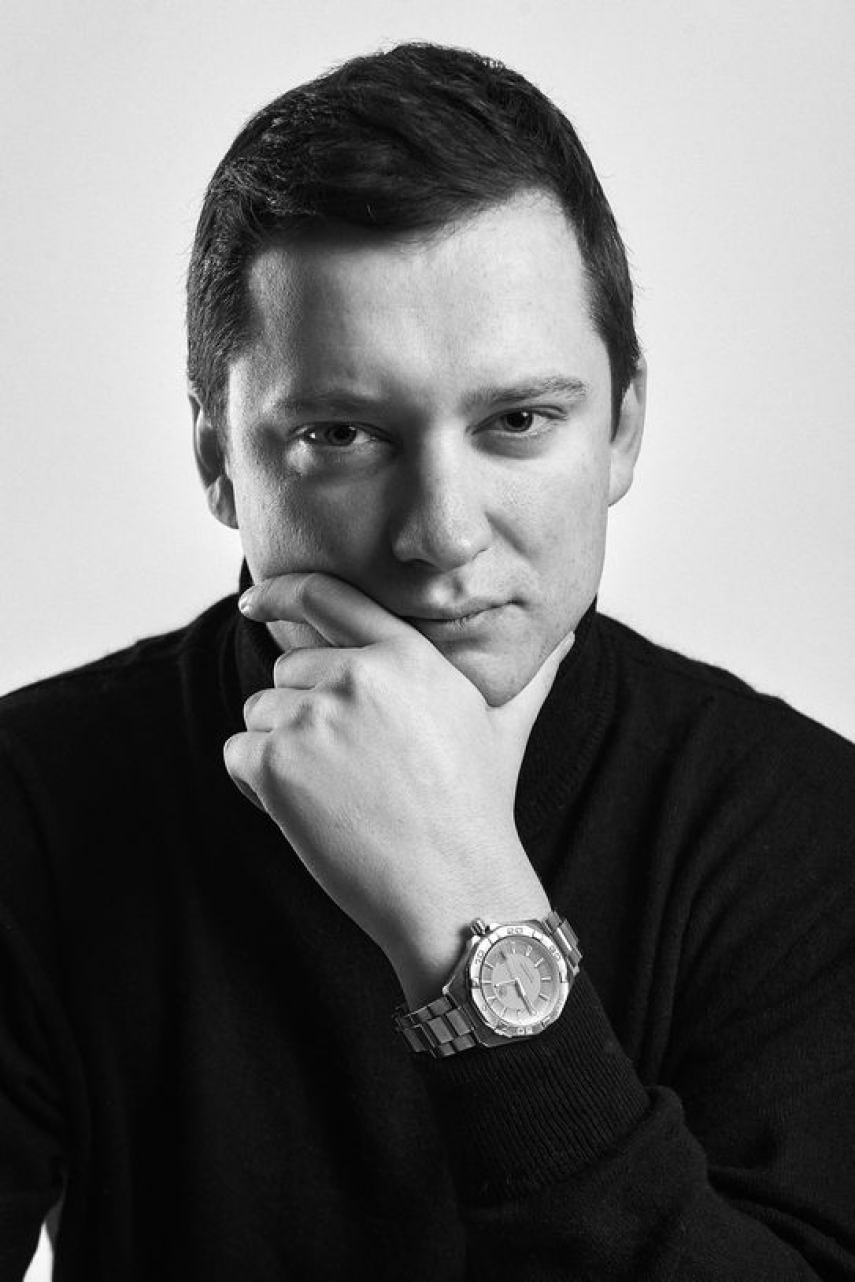 The analysis of socio-political processes and attempts to interpret the driving trends in international relations is complicated by the fact that we have all, to some extent, become participants in historical events at the level of objects of influence. It is possible to draw a hasty conclusion about the irrelevance of prediction, external (conscious or implicit) replacement of causation by correlation, and especially the dominance of emotional over rational. As representatives of academic circles, let us boldly reject such accusations as manipulative, as being in the thick of events and solidary experience of the collective tragic-heroic modern gives us an exceptional advantage - to see what lies behind a series of acts, statements, crimes, tactical defeats, and civil attitude. As an observer abroad, it is not possible to fully define the contours of future negotiations, concessions, compromises, or, even more so, geopolitical tectonic shifts.

By rejecting all ideological and political differences, Western civilization has been able to prove its own existence today, albeit a crisis in many vectors. It is clear that after experiencing the diversity of the negative consequences of the Russian-Ukrainian war, European countries will face dramatic changes in the tools of national policy - many moderate, centrist and Euro-optimistic forces will lose their former social base due to political and economic stagnation. We will expect a gradual change in electoral sympathies in continental Europe, which may not bring about better changes.

The crisis will require a further real commitment to Western values, and given today's mood in Central Europe, it will not be wrong to warn of strategic differences that could weaken the entire security bloc. The Trump administration's tense relationship with Brussels has demonstrated the threat to the temporary nature of Pax Americana, so the real threat to Europe's peace and security can no longer be called hypotheses or warnings. And it is clear that it is the NATO members that have been able to become NATO members since 1997 have received a direct threat. Moscow's destructiveness has started an engine of change that we haven't seen since 1989.

Will these changes lead to a great tragedy in Europe, going beyond Ukraine? We consider this quite probable against the background of the seriousness of the parties' intentions. We cannot rule out fictitious coups in the Balkans with the continued use of Russian force or mercenaries, terrorist attacks against Europe's strongest political leaders (remember Smolensk 2010), provocations at the Belarusian nuclear power plant to cause chaos in the Lithuanian capital, Belarusian provocations on Poland's borders and the Baltic borders with further support by Russian forces, etc. We cannot rule out any scenario, because Russia is in agony today, and the proposal to deploy American nuclear weapons in Poland or the rapid accession of Finland and Sweden to NATO make Russians want to destabilize these countries on the eve of a fateful choice. We know some of the hybrid methods, and we will not deny their effectiveness.

And let's move on. The war in Europe has had a significant impact on the world economy: supply chains have collapsed, energy prices have skyrocketed, and there are threatening food shortages in the world: this is only 1 month of the war. In the future, the situation will worsen - up to 3-5 years, businesses and corporations will not be able to fully compensate for the potential of lost positions. The ambivalence of the current state will be manifested in the acceleration of the transition to alternative energy, and the simultaneous increase in poverty - food, heat, and others. So when the question arises as to who can increase production capacity and replace goods and services in the medium term, Asia comes to the fore (which is economically independent and politically competitive) and Africa comes to the fore, (which is economically dependent, partly politically unstable and has minority positions of Europe there).

How quickly Ukraine will be able to regain its place after the end of the war depends solely on the pace of reconstruction and innovation. And we are talking not only about grain or sunflower oil but also about ferrous metallurgy, rolled products, ferroalloys, minerals, chemicals, mining, oil refining and other industries, meat production, mechanical engineering, aircraft construction, and more. The Ukrainian economy is indeed small (less than 2% of the world economy before the war), but it is still an indispensable component that will soon cause social instability in poorer countries. In Egypt alone (where the population is over 100 million), the price of bread has already risen by 50%. I think the consequences of the Russian-Ukrainian war should not be underestimated - maintaining a zone of stability for Europe and the United States will be much more expensive, and there is no guarantee that one after another in the regions will not flare up the internal confrontation.

We think that the open invasion on February 24, 2022, convinced Europe of the fragility of order and stability. No wonder the Kremlin has generously funded its cyber groups for carrying out various tactical tasks and espionage (https://neweasterneurope.eu/2022/02/18/russia-is-investing-a-lot-of-money-in-its-cybernetic-systems-and-agency-networks/).

From Soviet heritage, espionage diplomacy, intelligence networks, and purchased lobbyists, Russians know where troops are stationed in Europe, where ammunition and supplies are stationed, what European armies have problems with, and what the real level of readiness for resistance is. We are convinced of the tactical vulnerability of Vilnius, Riga, Tallinn, and Warsaw to the hypothetical pre-emptive strike enshrined in Russia's military doctrine. In response to the Baltic and Polish defense plans, there are counter-plans for Russia's defense and offensive in the region it wants to see as a buffer. Without going into distant historical reviews, let me remind you of the ideological miscalculations of the Obama Administration, which almost cost the Baltic States their security due to the proposal for a missile defense zone.

However, a great revolution in world politics began. Baku is restoring the country's full-fledged territorial integrity after 30 years of war, albeit frozen for a long time. Chisinau has a historic chance to regain control of the part of the country that has become a military stronghold of Moscow on the Dniester. Tokyo's historic statement about the Northern Territories and Warsaw's statement about the Russian enclave in the Baltics sharply color the context. Take into account Belgrade's suspicious military activity on the Kosovo border, or Russia's disintegration effects on Bosnia and Herzegovina. Will Yerevan remain an ally of Russia after the defeat? Will Kazakhstan dare to risk sanctions from the West for its help to Russia? Will Georgia be able to stay away when its sovereign territories are going to be included to the aggressor? Does it have the right to simply observe the rise of the national movements of the stateless peoples of the Caucasus, especially the Chechens? Will China be able to maintain neutrality after the acts of genocide against the Ukrainian people in the Kyiv region (documented) and others (which have not yet been announced)?

We live in a time when a great war may be our near future. Ukraine has already become not only a real impetus for reshaping the "hot peace" we are accustomed to, but also a symbol of a new balance of power and means, in which Eastern Europe will come to the fore, and our effective cooperation in the format Kyiv-London-Warsaw-Vilnius-Riga-Tallinn already guarantees the security of NATO's eastern flank. Excluding Moscow from international organizations and inviting Kyiv there plays a victory for our Atlantic community, when the price of aggression becomes terribly expensive, including the threat of preserving the territorial integrity of the attacker. We are on the threshold of a new world, a world of the truly 21st century: with new international organizations (old ones demonstrate the difficulty of adaptation), with new countries (as happened after Yugoslavia), with new difficulties and completely different architects of world security. Unfortunately, Western Europe has not proven its potential, so the center of decisions from Berlin and Paris will definitely move further east. The time has come for leadership, which is now incredibly lacking where it was once inspired us...

Mykola Volkivskyi is an international public figure, holder of the Lane Kirkland Scholarship, Founder of the Foundation for the Development of Ukraine in Poland, and the Institute of Government Relations in Kyiv.

Artem Oliinyk is a political scientist, President of the IAPSS in Ukraine and research assistant at the Academy of Political Sciences of Ukraine, Director of IGR (Kyiv).