Wake Up, Wake Up, Free Spirit 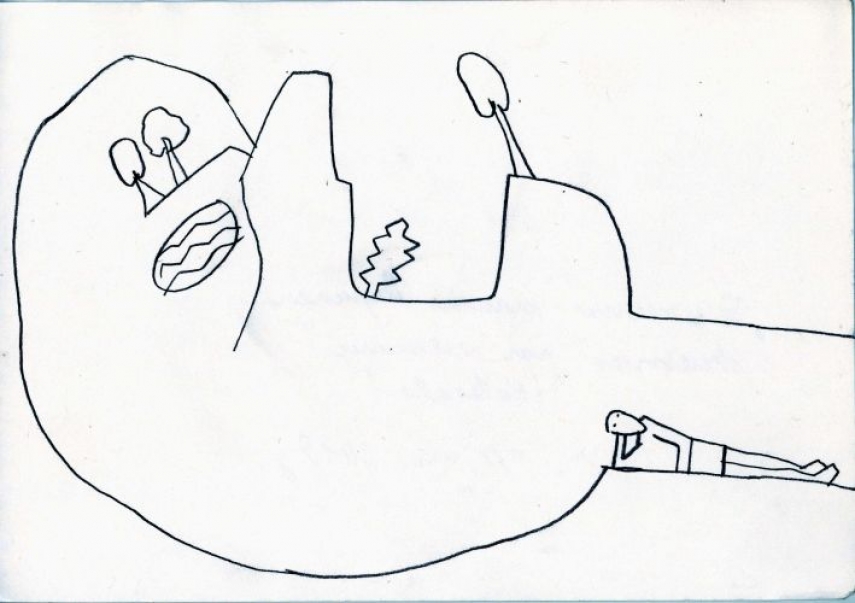 An exhibition of Aija Zariņa’s works, titled Wake Up, Wake Up, Free Spirit, will be on view in the Cupola Hall of the main building of the Latvian National Museum of Art in Riga (Jaņa Rozentāla laukums 1) from 7 December 2019 to 2 February 2020.

The exhibition presents 11 new large-format canvases by Latvian painter Aija Zariņa that tell about the creation of the world. “Creation is also the main task of an artist, and the meaning of every human being’s life also lies in creation,” says the author.

The time of the exhibition is particularly important for the symbolism of the show – the solstice at the end of the year, when the Sun takes a position in relation to the Earth where the amount of light is soon again beginning to increase. For Aija Zariņa, light as a symbol is related to the improvement of the human spirit. The artist has dedicated the idea of the project to “the ceaseless rhythms of the Sun, our movement and transformation, growth and development”. She believes that “all of us are connected to light, we are, in a way, “creatures of light”, who possess very complex internal structure, since we live in the biosphere, where we have to coexist with various creatures and follow cosmic rules”.

In the technological era, which develops at unbelievable speed, interaction between humans is changing, the conditions for the functioning of the society have become difficult, the influence of humanity on nature is ever increasing, and the responsibility for the biosphere in the complex structure of the world is decisively affected by the growth of the human spirit. Thus, the motto of the exhibition is a line from a poem by Eduards Veidenbaums, Wake Up, Wake Up, Free Spirit, which the artist already used in 2002 in a conceptual text painting and is now revisiting the idea of awakening spiritual activity and the call for the necessity to transform civic values today.

The exhibition’s system of images consists of large-format figures – symbolic, archetypal figures, mythical creatures, found in mythology and folklore, the large epics of Northern European peoples. The images of giants are characteristic mainstays of Aija Zariņa’s work, expressing the idea of the great spirit. Let’s recall her landart works, created over a period of thirty years, A Big Head Lying on the Edge of the Sea (1990) in Malmö, Sweden, Head of the Madonna (1996) in Pedvāle, the painting Gold Head in personal exhibition Antiņš (2014) in Riga, the cycle of works dedicated to Aspazija, titled The Daughter of the Sun (2016), in the exhibition hall of the Dubulti Station in Jūrmala, the character of RA in the solo exhibition RA i nis (2016) in Riga. The system of mythological images in Aija Zariņa’s new exhibition performs a symbolic ritual of the creation of the world and life with the help of light and the Sun.

Aija Zariņa (1954) belongs to the legendary generation of the so-called “trespassers”. In the 1980s and 90s, together with other artists, she formed the avant-garde of Latvian contemporary art, breaking the canons of Soviet art and creating works that stood above middle-class taste.

The artist’s oeuvre spans a variety of media and different stylistic periods. Begun in the mid-1980s, her painting in the ambitious cycle The Rape of Europa manifested itself with neo-expressionist dramatism, which dealt with feminist questions using mythological parables. In the nineties, in parallel to painting, Zariņa mostly created installations, also environmental and landart objects, performances, stage design for the theatre, drawings, works of graphic art, and book design. In the early 21st century, Aija Zariņa turned to the relationship between art and politics, challenged politicians to explosive debates, criticised consumerism. In the works from recent years the artist expresses the need for spiritual transformation of the entire humanity, searches and finds an alternative strategy to the dominant materialist culture and ideology.