Voting for the best collector coin of 2021 is open 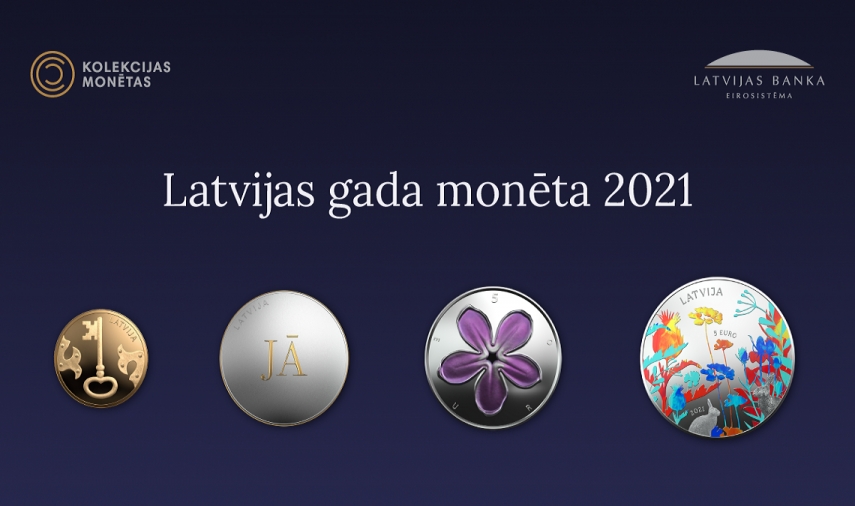 From 21 February to 6 March 2022, Latvijas Banka, in cooperation with the news portal Delfi, organises the traditional public vote "Latvia's Coin of the Year 2021". It is the most important event of the year in Latvian coin art.

Everyone is invited to express his/her opinion as to which of the collector coins minted in 2021 is the most appealing in terms of the artistic solution, emotional impact, originality and thematic aspect. Anyone can vote for his/her favourite coin on the portal Delfi.lv: https://www.delfi.lv/latvijas-gada-moneta-2021/.

Four collector coins dedicated to the Latvian culture and universal human values were issued in 2021:

The results of the vote will be announced no later than on 10 March 2022 and published on Latvijas Banka's website bank.lv as well as on the portals Delfi.lv and rus.Delfi.lv. The vote will conclude with a draw where the registered participants will have a chance to win one out of a pool of 12 collector coins, all issued in 2021.

The expert commission of the Latvian National Museum of Art (LNMA), chaired by Māra Lāce, Director of the LNMA, is to decide on the best coin in terms of the artistic solution.

Meanwhile, SIA Tilde and the Culture Information Systems Centre, in cooperation with Latvia's libraries, are holding an online quiz "Inquire about Cultural Symbols on Latvian Coins" (https://letonika.lv/spele). Five winners will each be awarded the collector coin "Miracle Coin".

Since 1993, Latvijas Banka has issued 98 lats collector coins and 44 euro collector coins, with over 50 Latvian artists having participated in designing them.

The Coin Design Commission of Latvijas Banka (the former Commission for the Thematic Concept of the Banknotes and Coins), which has been active since 12 November 1993, plays an important role in the coin issuing process. The Commission consists of the employees of Latvijas Banka, outstanding Latvian experts of art and culture as well as artists and scientists.