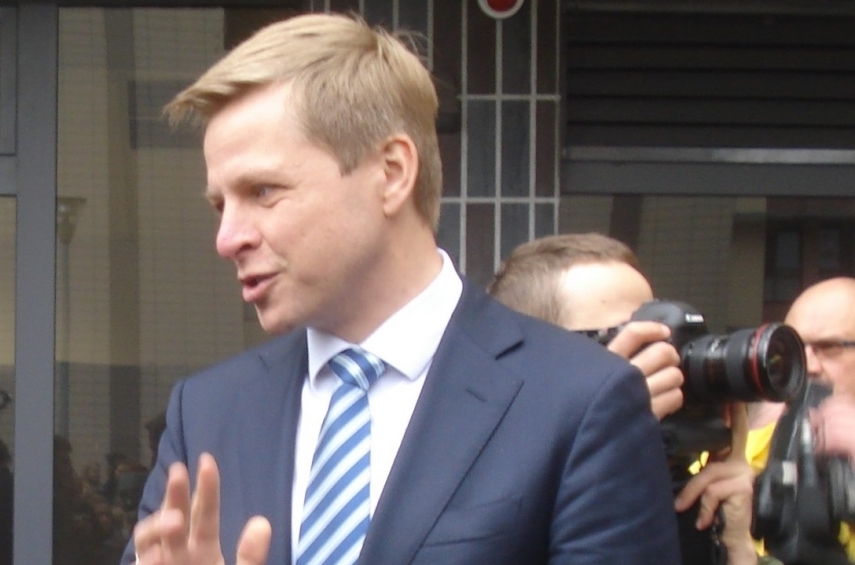 VILNIUS – Seeking re-election, Vilnius Mayor Remigijus Simasius hopes to be also supported by those who voted for his main rival Arturas Zuokas during the first round of voting in the mayoral election.

"I believe in my victory but, with no doubt, the result will be clear on Sunday night, and I would really like for the result to be positive," Simasius told journalists after casting his vote early in Vilnius on Wednesday.

"I even hope that part of those voters who probably supported my rival during the first round of voting will change their minds and see that it’s worth backing me," he added, wishing his rival peace.

Simasius also thanked Gintautas Paluckas, leader of the Social Democratic Party of Lithuania who failed to get any seats on Vilnius Council, and also Ingrida Simonyte, the Homeland Union – Lithuanian Christian Democrats' presidential candidate, for their support.

Simasius says he postponed talks on a potential coalition to after the election, saying that he's speaking with everyone, excluding the Zuokas team.

Early voting in the mayoral election run-off started at 8 a.m. today and will take place on Wendsday and Thursday from 8a.m. to 8p.m.