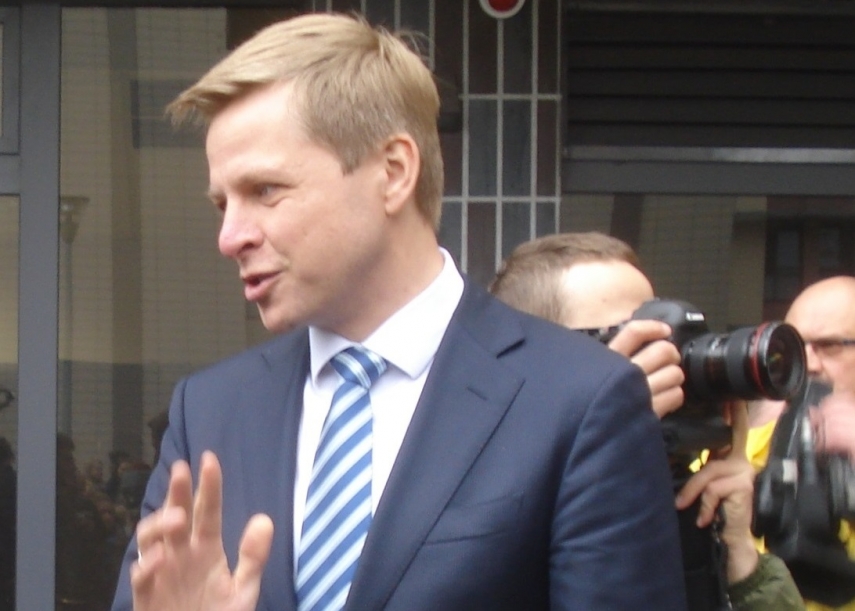 VILNIUS - Vilnius Mayor Remigijus Simasius described the smashing of a controversial plaque to Jonas Noreika, a Lithuanian military officer known as Generolas Vetra (General Storm), as "hooligan behavior", but he does not plan to restore the memorial sign.

Stanislovas Tomas, who expects to run for a European Parliament seat in next month's elections, smashed the plaque, placed on the facade of the Wroblewski Library of the Lithuanian Academy of Sciences, into pieces with a sledge hammer on Monday.

Simasius said the discussion about General Storm's activities is "complex and ambiguous".

"However, hooligan behavior is the worst argument in such a discussion," the mayor said in his Facebook post.

"Let me remind you that the local authority was not the initiator of the memorial plaque. Thus, it does not plan to consider restoring the plaque," he added.

Lithuania's Jewish community and some intellectuals have for some time demanded the removal of the plaque honoring Noreika who, as head of Siauliai County during the Nazi occupation period, signed documents on the establishment of a Jewish ghetto and on arrangements regarding Jewish property.

Those opposing demands for the plague to be taken down emphasize Noreika's active involvement in the anti-Soviet underground resistance and note that he himself got involved into anti-Nazi activities during the war.

Noreika was arrested by the Soviet authorities in March 1946 and executed a year later.