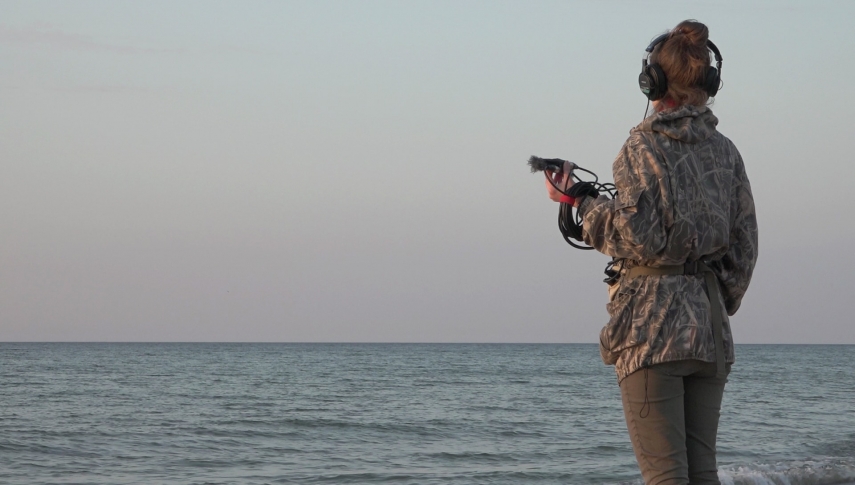 VILNIUS - Three debut feature films that are at the stage of works-in-progress will participate in Vilnius Goes to Cannes market screening presented by Vilnius IFF Kino Pavasaris. The projects of only debuting filmmakers were selected and awarded by the international jury during Meeting Point – Vilnius, an industry event of VIFF.

On Monday, 14th May, during the 71st Cannes Film Festival, Vilnius IFF together with film representatives will showcase excerpts of in-development features to the industry professionals, including sales agents, distributors and programmers. A talented young Lithuanian filmmaker Jurgis Matulevičius will present the historical drama Isaac, depicting the psychologised story of holocaust. Another entry is from debuting German filmmaker Annegret Sachse. Her political documentary essay about Kaliningrad Russia today is in co-production with Germany and Russia. An emerging Latvian director Kristians Riekstins will showcase his first feature EVA. The mysterious horror film focuses on devotion, isolation and fear.

Cannes’ Marché du Film is one of the world’s largest film markets, serving as a threshold for up-and-coming as well as acclaimed directors from all over the world to find their place in the film industry and film festival circuit. Last year Vilnius Goes to Cannes screened the excerpts of Bridges of Time the documentary by renowned Lithuanian filmmaker Audrius Stonys and his Latvian colleague Kristine Briede. This June, the film will have its world premiere at Karlovy Vary International Film Festival.

For the 6th time, the Marché du Film – Festival de Cannes provides International Film Festivals with the possibility to program and showcase a selection of works-in-progress during Cannes market screenings from May 11-14th. Among nine other renowned film festivals Vilnius IFF is coming to Cannes for the second time.

Vilnius IFF will showcase the selected projects on May 14th, 12-2 p.m.