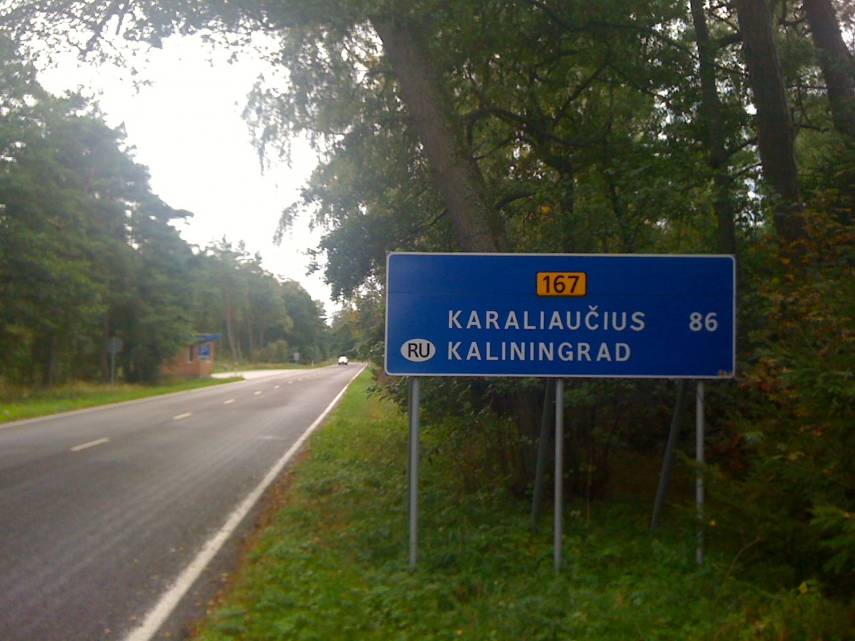 Lithuania shares a border with the Russian exclave of Kaliningrad

Staunton, February 17 – Most analysts have become so focused on Vladimir Putin’s use of “hybrid war” that they do not take into consideration that he could choose to wage a conventional war in some places, and most of these same analysts are also guilty of evaluating the Baltic countries as if Moscow would use the same and common strategy against them.

But Marius Laurinavičius, an analyst at the Vilnius Center for Research on Eastern Europe, points out that Moscow could very well employ a “hybrid” war strategy against Estonia and Latvia but use a “conventional” against Lithuania in order to secure a corridor to Kaliningrad (ru.delfi.lt/news/live/u-litvy-est-problema-ochen-vazhnaya-dlya-rossii.d?id=67188786).

His argument is important for Western military analysts to take into account because most discussions about possible Russian aggression in the Baltic region have focused on Latvia and Estonia, which have relatively large Russian and Russian-speaking minorities, rather than on Lithuania, which does not.

Laurinavičius tells Delfi.lt that “we devote too much attention to the threat of hybrid war. Russia is a country which can act differently in different situations. If it uses hybrid war in Ukraine, this does not mean that it will do the same in the Baltic countries because each time it is addressing specific and different tasks.

More generally, the Lithuanian analyst says, “depending on its goals, Russia will use various means. It is possible that there will not be any war; it is possible that Russia will be able by other means to destroy the EU and NATO. If so, a war will not be necessary.” But at present, Kaliningrad “is underrated as a threat” as is Moscow’s ability to use brute force alone.

Another Lithuanian security analyst, Aleksandras Matonis, says that since Putin became president, Moscow has boosted its military assets in Kaliningrad and that “now all Russian forces [there] are in a state of constant military readiness. This means,” he says, “that if they were given a military task, they would be ready to carry it out.”

Matonis notes that Kaliningrad at the present time is “a strongly militarized territory with big social problems and a quite high level of unemployment because the region is separated from Russia, its labor market is isolated, and transit to the rest of Russia is either across the territory of Lithuania or by air.”

All these factors, he continues, represent a danger to Kaliningrad, and “we know,” Matonis continues, “that a large part of the military facilities of Kaliningrad oblast are located on the border with Lithuania.”

Many military experts, he adds, “consider that Kaliningrad oblastis a place from which they might potentially attack Lithuania in the case of a conventional conflict: an attack is possible along the Nyamunas (Neman) River, as is an attempt to blockade Klaipeda’s port.” Another axis of attack would involve Belarus, as recent Russian exercises show.

If Russia launched a conventional attack on Lithuania, it would likely use some aspects of hybrid war as well, Matonis says.  The Klaipeda region’s population is multi-ethnic, and it would be easy enough for Russia to send in provocateurs and weapons from Kaliningrad to stir up trouble. But Lithuania’s problems in that regard are less than those of Estonia and Latvia.