Vike-Freiberga: popular vote for president would be dangerous in current climate 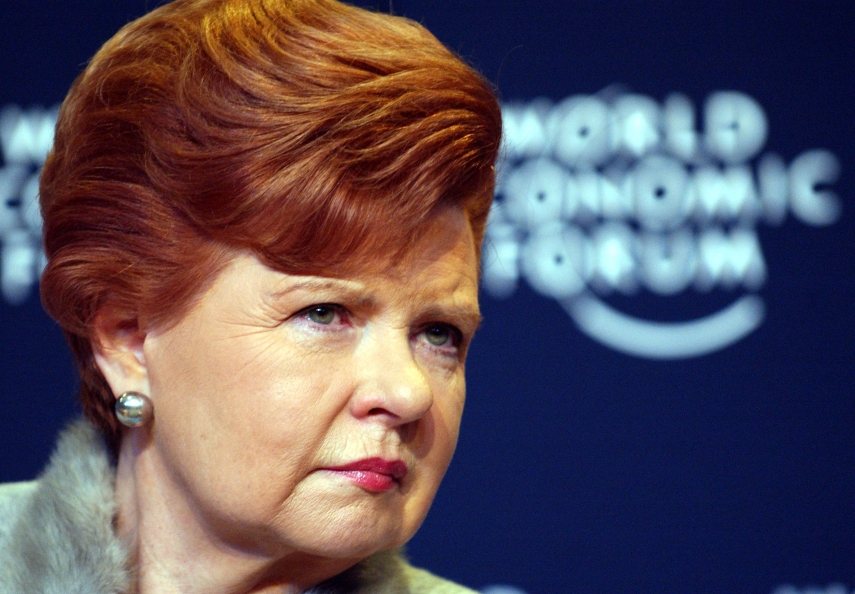 The former President of Latvia, Vaira Vike-Freiberga believes that it would be very dangerous to elect a president by popular vote in the current geopolitical situation.

She said that this would be dangerous because foreign money could be used to support a candidate who would not be a suitable president. If in the past electing a president by popular vote would have been a supportable initiative, it is no longer, Vike-Freiberga told members of the press today.

''In the current global situation as it is, and seeing how candidates are being elected with the help of financing from the outside, this would not be a supportable initiative,'' she said.

Regarding the discussions on the president being elected by parliament in an open vote, Vike-Freiberga said that, as this is a closed process, politicians have much freedom to vote as they please, and that this freedom is sometime used by some politicians to vote against the best interests of the state. ''If it was an open vote, each MP would be responsible for his or her vote,'' the former president reminded listeners.

As reported,  the Saeima (the Latvian Parliament) last week repeatedly rejected amendments to the constitution, put forward by the political party All For Latvia-For Fatherland And Freedom/LNNK, proposing that the president should be elected in an open vote.

At the moment, the constitution stipulates that the President of Latvia is elected by MPs during a secret ballot. All For Latvia-For Fatherland And Freedom/LNNK filed a motion suggesting that the president should be elected in an open vote.

Altering the Constitution requires at least two-thirds or 67 MPs to be present at the Saeima meeting.

Vike-Freiberga served as President of Latvia between 1999 and 2007, wnning two terms.  Latvia's current president, Andris Berzins is currently deciding whether or not to stand for a second term of office in the presidential election that will take place later this year.