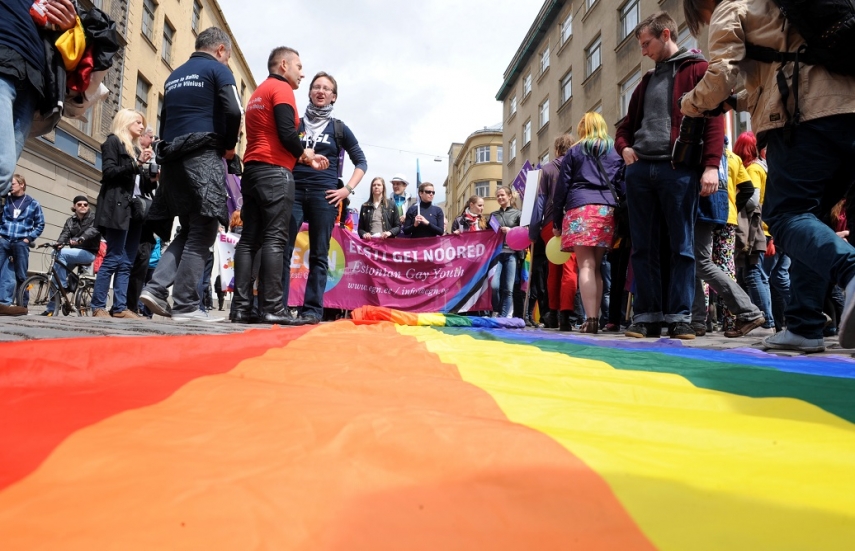 Participating in the parade were persons of all ages, including children. Many participants were colorfully dressed, with some even wearing costumes.

Many participants were also holding the rainbow flag, as well as the flags of the Baltic and other countries as well.

The parade was not only attended by Latvians, Lithuanians, Estonians and Russians, but also persons from Great Britain, Germany, Denmark and other countries.

The parade participants were ''greeted'' by several anti-Pride demonstrators, who replied to their jeers by blowing kisses to them.

Many spectators also came out to view the parade.

The police presence remains considerable, and there have been no incidents reported.