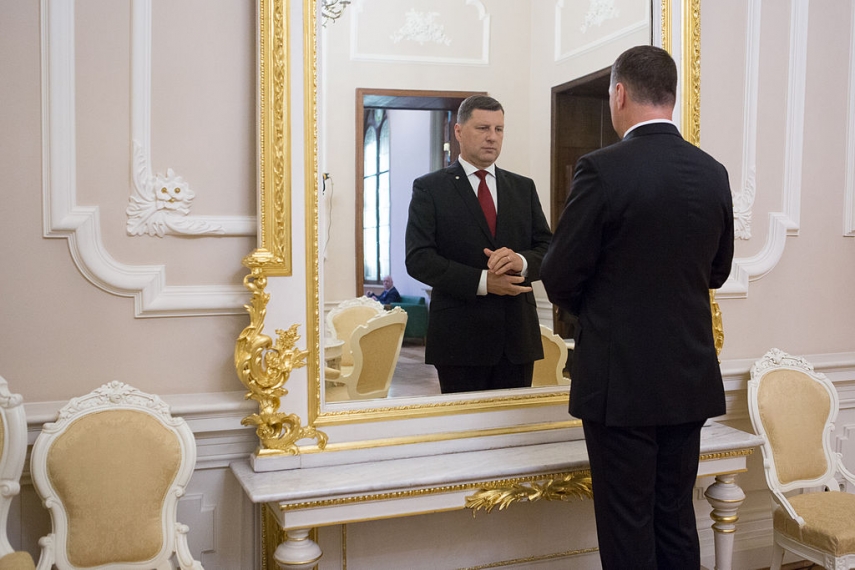 “I expect the political parties to use this time for continued consultations and seeking common ground,” the president said.

On Thursday, Vejonis will sign a decree revoking Bordans’ nomination.

The president’s spokespeople said that Bodans on Wednesday informed Vejonis on government formation talks, admitting that he was unable to form a government and secure a majority of votes in Saeima.

As reported, earlier today, one week since Bordans was nominated for prime minister by Vejonis, For Development/For and National Alliance announced that they would not participate in further government formation talks. Unity's head Arvils Aseradens said that his party's board would take the final decision on whether New Unity would continue the talks.

After his meeting with Vejonis on Wednesday, Bordans admitted that the government he had planned to form was no longer possible. He said that the other parties' decision to withdraw from the talks was irresponsible.