Vejonis sees significant progress in talks on Latvia’s next government 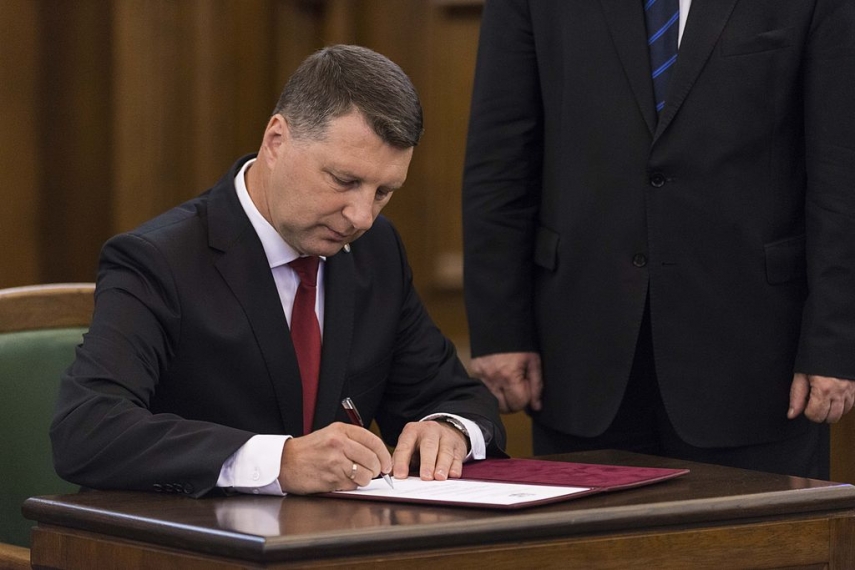 RIGA – Latvia’s next government might be appointed in January 2019 as significant progress has been made in government formation talks in recent days, President Raimonds Vejonis said following meetings with leaders of parliamentary factions on Friday.

The president, however, did not name a candidate to head the would-be government.

As LETA was told at the president’s office, Vejonis believes that the progress achieved in the talks might result in approving the new government in January so ministers can tackle the most urgent tasks, first of all, implementation of Moneyval recommendations for the Latvian financial sector.

The president praised the agreement reached on the new government’s core which would include four political parties – the New Conservative Party (JKP), For Development/For, the National Alliance and New Unity.

Vejonis stressed the necessity to agree by the end of next week on support for a candidate prime minister and find compromise solutions to start work on the promises given to the voters so that public trust in political processes could be regained.

For Development/For, New Unity, New Conservative Party, and National Alliance have agreed to present to the president on January 4 a candidate for prime minister who will have all four parties' support.