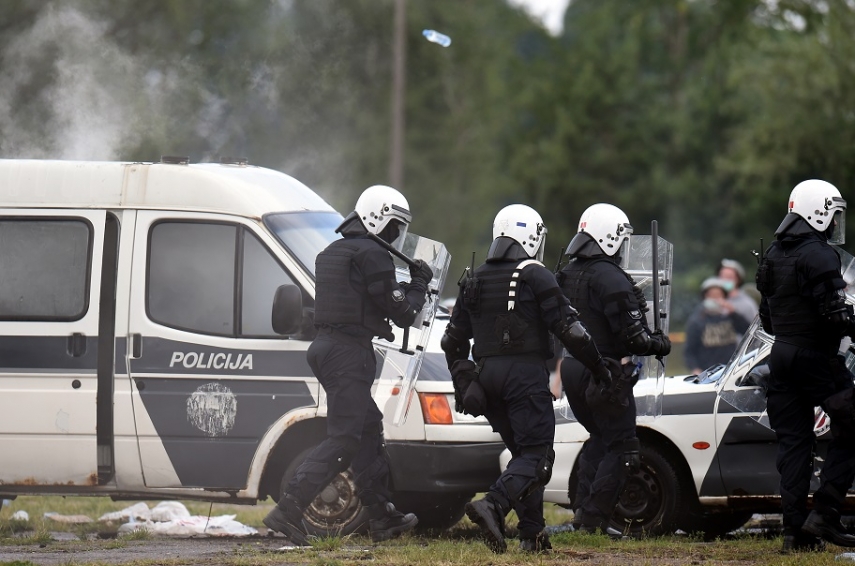 RIGA - A vehicle-ramming attack will be used as the scenario for the annual counter-terrorism exercise to be staged by the Security Police in Riga today.

The terrorist threat level remains low in Latvia but terrorism is among the main security challenges in the light of the recent terrorist attacks in Europe, Security Police Deputy Chief Eriks Cinkus said at a news conference.

"Based on the analysis of the terrorist attacks in Europe in recent years, the Security Police decided that the counter-terrorism exercise this year will be based on the scenario in which a terrorist drives his vehicle into a crowd," he said but declined to give a more detailed information.

Lucavsala area in Riga has been picked as the venue of the exercise because it is close to the city center and various open-air concerts drawing large crowds are being organized there. Also, the park is situated on an islet in the River Daugava which is an advantage in terms of security during the exercise.

About 300 representatives of the Security Police, the State Police, the State Fire and Rescue Service, the Emergency Medical Aid Service, the Riga Municipal Police and other authorities will participate in the exercise. Representatives of the Latvian Foreign Ministry will participate in the exercise for the first time this year, testing its ability to provide consular services in case of a terrorist attack.

As reported, the Latvian Security Police today will be conducting the annual counter-terrorism exercise in Riga to test the ability of the competent Latvian authorities to respond to a terror incident in a crowded place.

Last year the annual counter-terrorism exercise involving a hostage situation was organized at the Mols shopping mall in Riga.