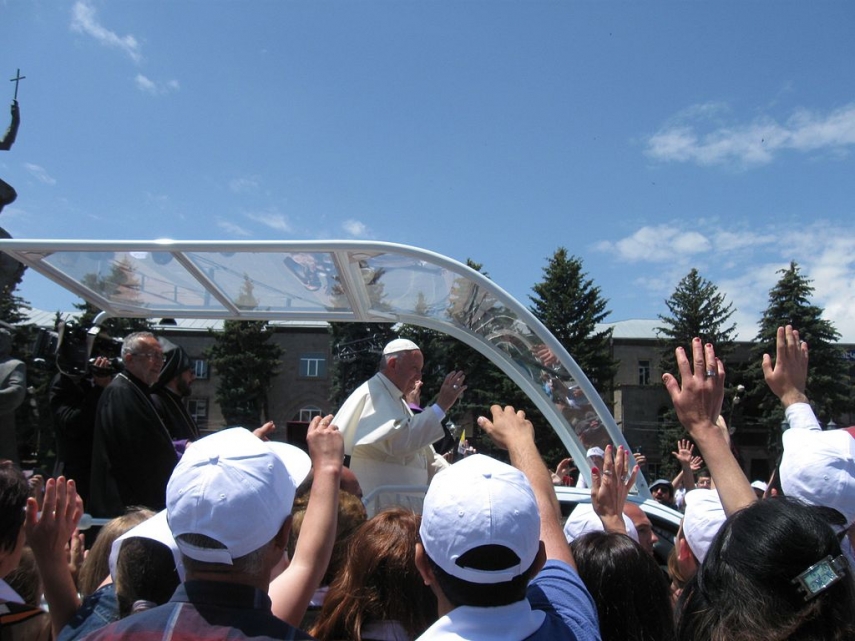 VILNIUS - The Vatican released on Tuesday an updated program of Pope Francis' visit to Lithuania, Latvia and Estonia later this month.

Upon his arrival in Vilnius on Saturday, September 22, Francis is scheduled to meet with Lithuanian President Dalia Grybauskaite and to address the country's top leaders, government officials, members of the public and diplomats in Simono Daukanto Square in front of the Presidential Palace.

The pope will later in the day visit the Gate of Dawn chapel and will meet with young people in the capital's Cathedral Square.

On Sunday, September 23, the Holy Father will go to Kaunas to celebrate Holy Mass and deliver the Angelus prayer in the city's Santakos Park, as well as to meet with priests, monks and nuns and seminarians in Kaunas Cathedral.

The pope will on the same day travel back to Vilnius to pray at a monument to the victims of the Vilnius Ghetto in the capital's Old Town and to visit the Museum of Occupations and Freedom Fights.

Francis plans to use his open-sided popemobile for some transfers in Lithuania.

The longest distance he will travel in the vehicle will be from the Gate of Dawn chapel to Vilnius Cathedral on Saturday. The route will go via Dauksos, Ziuprioniu, Subaciaus, Maironio, Barboros Radvilaites and Sventaragio streets.

The general public will also have an opportunity to see the pontiff on the same day as he will travel from the Cathedral to the Apostolic Nunciature via Vrublevskio, Arsenalo and Kosciuskos streets.

On Sunday, people are invited to gather in Kaunas' Santakos Park early in the morning to watch Pope Francis arrive his popemobile for the prayer.

On the same day, the pope's motorcade will travel from the capital's Lukiskiu Square to the Apostolic Nunciature via Gedimino Avenue and Vrublevskio, Arsenalo and Kosciuskos streets.