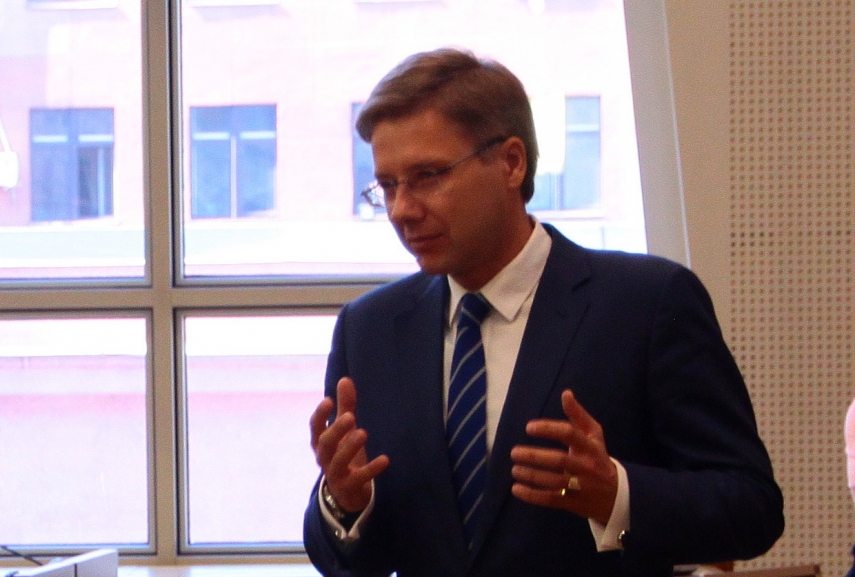 Usakovs said that the criminal case has been built around a file with a hidden video camera. Usakovs said that the file had been found in the room where former Riga mayor held meetings and gave interviews. The room had been used also for public and representation events, and it was accessible to visitors, for example, at Museum Nights.

The former mayor said that he saw the picture of the file for the first time when the investigator showed it to him.

Usakovs has asked to find himself a victim in the case as illegal video surveillance had been used on him. He believes that the investigation should focus on how the device appeared in his office.

Charges against Usakovs were pressed at the end of last year. If found guilty of the charges, Usakovs may face a jail term of up to two years, community service or a fine, as well as a temporary ban on holding particular posts.

As reported, the European Parliament in November 2021 waived parliamentary immunity for Usakovs, who nevertheless kept his MEP mandate.

The Corruption Prevention Bureau (KNAB) has turned to the Prosecutor General's Office with a request to begin prosecution against former Riga mayor and current European Parliament Member Usakovs for possession of a banned video surveillance device.