Usakovs has not status applied in RS corruption case - Straume 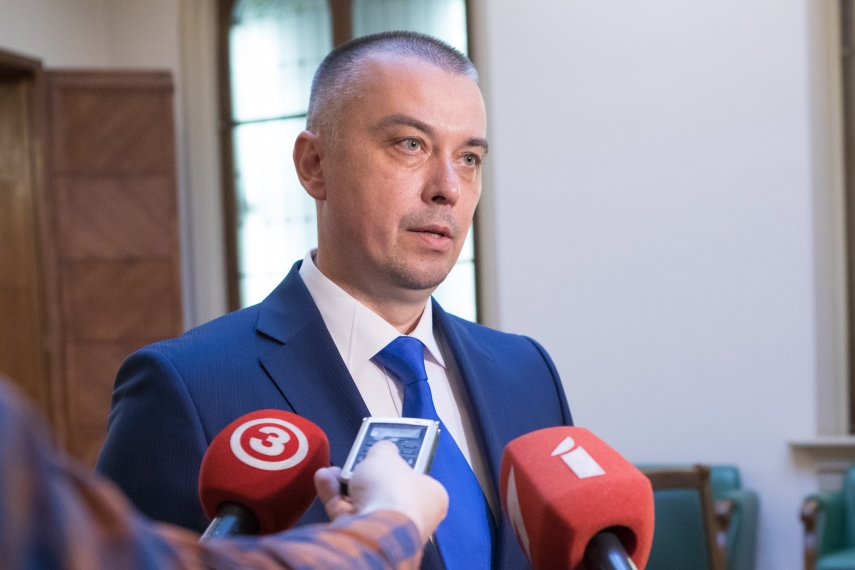 RIGA - Corruption Prevention Bureau (KNAB) Chief Jekabs Straume told members of the press today that Riga Mayor Nils Usakovs (Harmony) has no status applied in the Riga Satiksme corruption case, and he hoped that this case will be handed over for prosecution in as soon as possible.

Straume told members of the press today that there is nothing new in this case which can be revealed the the wider public, but that the KNAB investigation continues. ''We must remain patient - because this is an extensive investigation,'' he said.

The KNAB chief said that he cannot say when exactly the case will be submitted for prosecution, but added that he hopes this takes place as soon as possible.

He did not say whether there could be additional suspects in the case, but added that Riga Mayor Nils Usakovs (Harmony) does not have a status in this case.

Asked whether there could be more suspects in this case, Straume said: ''This is something which cannot be ruled out. We continue our work''.

In February, the Corruption Prevention Bureau searched Usakovs' office and home. The searches were carried out in connection with the Rigas Satiksme scandal, according to information obtained by LETA. Usakovs told journalists after the searches at his office and home that he has committed no criminal offenses and would therefore not resign as Riga mayor.

Meanwhile, the KNAB last week launched a criminal procedure on alleged bribery and mediation in bribery committed by Alesandrs Brandavs - an official of Rigas Karte company maintaining the e-ticket system, parking meters and terminals at school canteens where pupils use their e-tickets to receive free lunches.