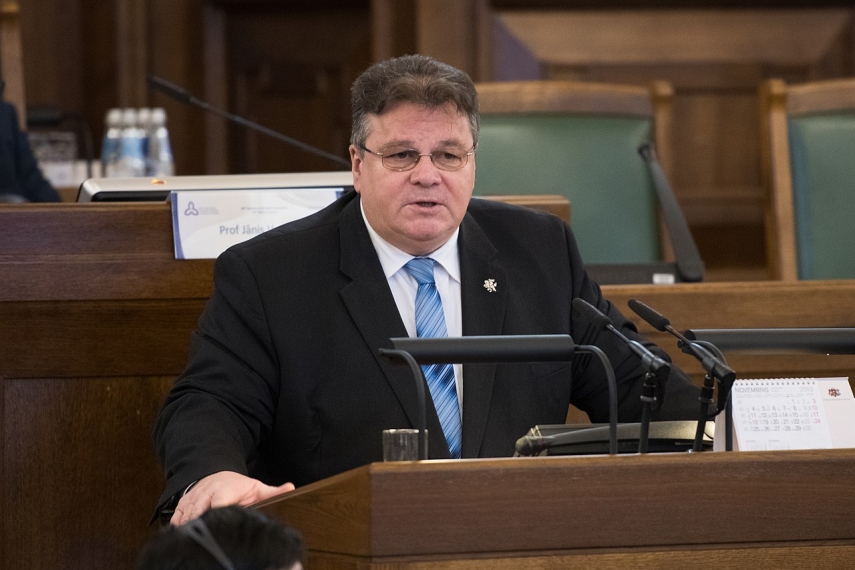 He said he heard that from US Assistant Secretary of State Philip T. Reeker during their phone conversation on Sunday.

Linkevicius is going to Minsk this week and he and the US diplomat discussed US Secretary of State Mike Pompeo's weekend visit to Belarus.

The minister says he was assured that the US raised the issued of the safety of the Astravyets nuclear power plant.

"It was import to hear that the US side raised the safety issue of the Astravyets power plant. I would also point out that the US welcomes Lithuania's more active involvement in the dialogue with Belarus and believes it can be beneficial," Linkevicius told BNS on Sunday.

According to the minister, the US wants more intensive ties with Belarus and plans to restore representation at the ambassadorial level but is also raising the issue of human rights and democracy.

Linkevicius also paid attention to the fact that both the US and Lithuania are offering Belarus alternatives to energy imports from Russia.

Linkevicius will be in Belarus on Monday and Tuesday.

After assuming his position in July, President Gitanas Nauseda said he would seek to resume the country's dialogue with Belarus as Lithuania wants its neighbor to preserve its independence from Russia.

The opposition conservative Homeland Union – Lithuanian Christian Democrats, however, are criticizing Linkevicius' visit. MP Zygimantas Pavilkionis has warned that "after such a visit, the Belarusian regime will declare that the dialogue with Lithuania is successful and ongoing, and it will be very hard for us to create coalition against Astravyets in the West".