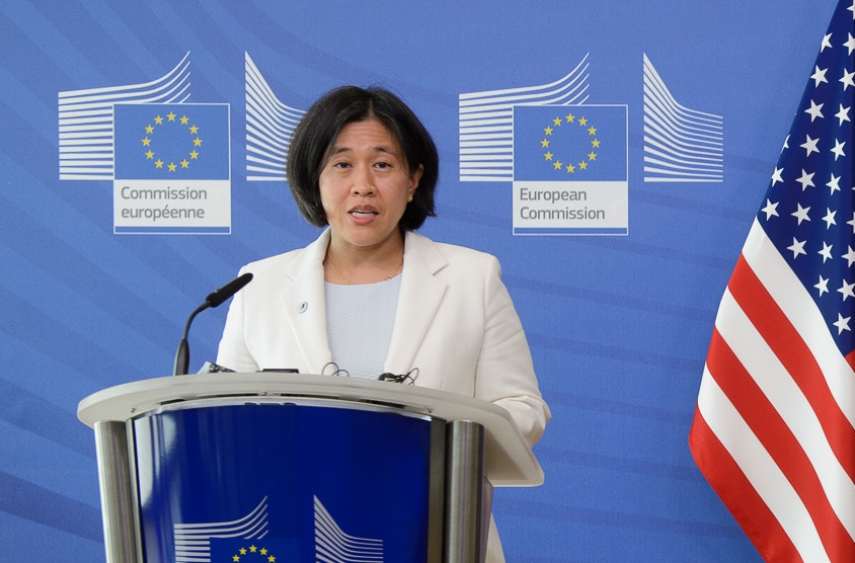 She said she expressed support for Lithuanian during her conversation with Lithuanian Foreign Minister Gabrielius Landsbergis on Wednesday.

"I expressed the U.S.' continuing strong support for Lithuania in the face of economic coercion from the PRC," the US diplomat tweeted on Wednesday and added that she and Landsbergis "also discussed ways to strengthen our trans-Atlantic partnership and promote our jointly-held values".

Landsbergis thanked the US trade representative for a "frank talk" and expressed support and underlined that Lithuania will continue standing in solidarity with partners who share common values.

"We are grateful for the #US commitment to working w/the #EU to address coercive diplomatic&economic behavior. We are standing united, as like-minded partners, in sustaining our values & principles in the face of any kind of coercion," Landsbergis tweeted.