US Military Hardware Arrives in Estonia 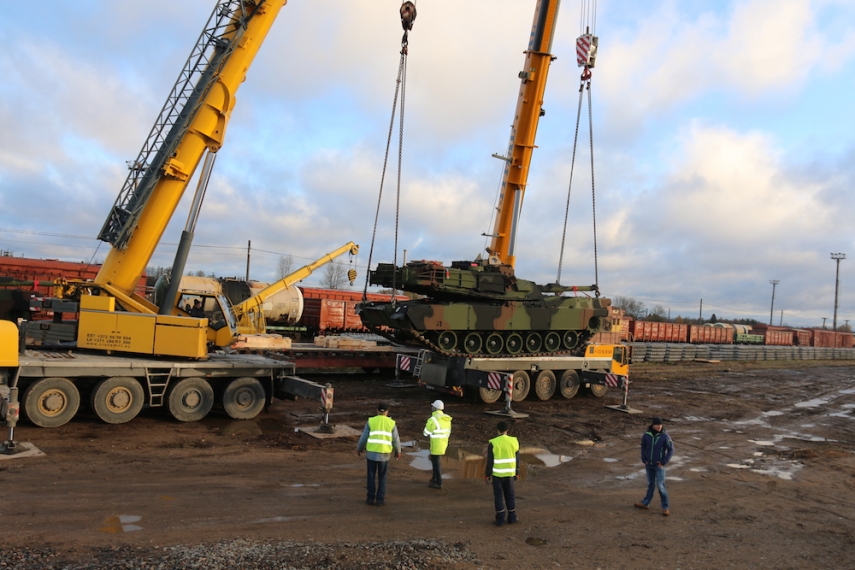 Military hardware has arrived in Estonia

Estonia has received the first shipment of US military equipment that was promised to the governments of the Baltic states by the American defense secretary Ashton Carter in July.

The first 40 units were sent to the military base in Tapa, around 90km east of the capital Tallinn, on Sunday with more expected to arrive today (October 26) and in mid-November. So far hardware that has arrived includes four M1A2 Abrams tanks and Bradley fighting vehicles.

The military vehicles will tour Estonia, Lithuania, Latvia, Poland, Romania and Bulgaria as part of a “temporary rotating battalion” to reassure NATO’s most eastern allies against Russian aggression, the Baltic Times reported in July.

Carter said: “We each agreed that while we do not seek a cold war, let alone a hot war, with Russia, we will defend our allies.”

At the time a Pentagon Department of Defense official said: “Around 90 tanks, 140 Bradley fighting vehicles and 20 M109 self-propelled Howitzers and associated equipment.  We are not positioning troops.  This equipment will be used when troops come to train in exercises with NATO partners.