US ambassador to Estonia resigns, cites frustration over Trump 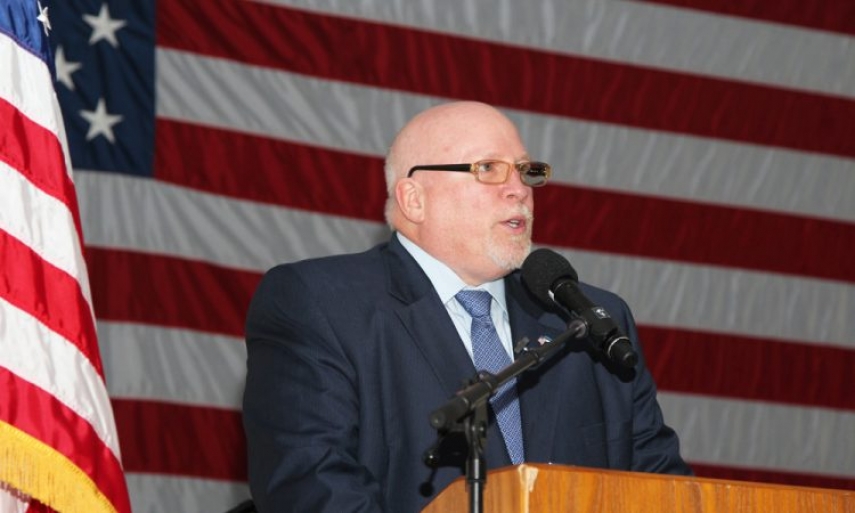 Photo: US Embassy in Estonia

TALLINN - The U.S. ambassador to Estonia, James D. Melville, announced on social media Friday night that he is resigning in frustration with President Donald Trump's comments about, and treatment of, European allies.

Melville's resignation, effective July 29 and first reported by Foreign Policy magazine, makes him the third ambassador in the last year to leave the State Department early. He is among many senior State Department officials who have headed for the exits or been pushed toward them since Trump assumed office, CNN said.

Melville, who has served as a diplomat for 33 years and as ambassador to Estonia since 2015, was due to retire soon but said in a private Facebook post announcing his retirement that Trump's behavior and comments accelerated his decision.

"A Foreign Service Officer's DNA is programmed to support policy and we're schooled right from the start, that if there ever comes a point where one can no longer do so, particularly if one is in a position of leadership, the honorable course is to resign. Having served under six presidents and 11 secretaries of state, I never really thought it would reach that point for me," he wrote in the post.

"For the President to say the EU was 'set up to take advantage of the United States, to attack our piggy bank,' or that 'NATO is as bad as NAFTA' is not only factually wrong, but proves to me that it's time to go," he wrote, citing Trump's reported comments in recent weeks that have unnerved U.S. allies.

"I suppose this is as good a time as any to tell my friends that I'm leaving Estonia one month from today, on July 29, to retire from the Foreign Service and begin life as a private citizen after 33 years of public service. I've always admired the professionalism of my colleagues in supporting U.S. Government policy as articulated and directed by our elected leaders and their administrations, without regard to partisan politics," Melville wrote.

"The truth is I've had a full tour in Tallinn and intended to retire upon the confirmation of a successor. Since there's no longer anyone in sight for that role, I suppose I could have stayed on for many more months," the ambassador said, declaring his love for Estonia, its wonderful people and beautiful landscape. "But on balance, I'm glad not to be staying, for all the reasons I've just explained. I leave willingly and with deep gratitude for being able to serve my nation with integrity for many years, and with great confidence that America, which is and has always been, great, will someday return to being right."

Foreign Policy magazine pointed out that the resignation comes ahead of a pivotal NATO summit, where the United States' closest historic allies fear that Trump will lambast them and further isolate Washington from its allies after heated disputes over trade, defense spending issues, and the U.S. exit from the Iran nuclear deal. Allies fear that the optics of Trump trashing allies in Brussels, followed by a meeting in Finland with Russian President Vladimir Putin, will undercut an already anemic trans-Atlantic partnership.

In a statement, a State Department spokesperson confirmed Melville's departure. "Earlier today, the United States' Ambassador to Estonia, Jim Melville, announced his intent to retire from the Foreign Service effective July 29 after 33 years of public service," the statement read.