University of Tartu hosted the Government of Estonia 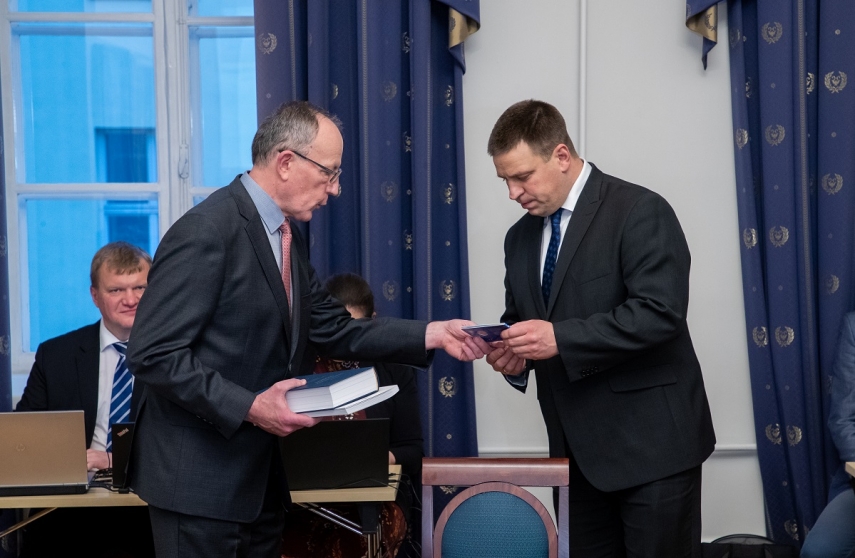 Rector of the University of Tartu Toomas Asser expressed his gratitude to the government members who made this significant visit on the occasion of the anniversary of the national university. In his welcoming address he pointed out the achievements of Estonian education system with reference to the excellent results of Estonian schoolchildren in the recent OECD Programme for International Student Assessment (PISA) survey. The rector admitted that the survey results send a powerful message to the university. “Both as an educator of teachers and as the future university of the young people who took the PISA test, we are part of the cycle that ensures an educated future generation for Estonia,” said Asser. “The more educated are our prospective students and the broader their horizons, the better results we will attain in higher education and research. Only if each part in the learning and teaching cycle is of the highest level can we call ourselves an educated society that believes in knowledge.”

The rector together with Vice Rector for Academic Affairs Aune Valk and Vice Rector for Research Kristjan Vassil gave the government an overview of what the university and the government could do to ensure that the research and teaching quality at the University of Tartu reached an equal level with the world’s one hundred best universities. “I’d like to mention the PISA survey again: it is the obligation of the university and the state to ensure that our world-level, educated young people have the best possibilities to continue their studies in Estonia,” said Asser.

Members of the Rector’s Office assured the government ministers that the University of Tartu – the only classical higher education and research institution in Estonia – has the capacity and obligation to contribute to the achievement of Estonia’s long-term objectives, which have been described in the soon-to-be-published strategy “Estonia 2035” and the United Nations’ Sustainable Development Goals. “In our forthcoming new strategic plan we pay much attention to being society’s development advisers and state confidently that the university will stand by the state and society,” said Toomas Asser. He added that many potential solutions have already been worked out at the university for many critical issues in society, and together with the leaders of Estonia it is possible to plan how to best implement these solutions.

The university leaders emphasised that policymakers need science- and evidence-based solutions to tackle global challenges. The role of universities is to create new knowledge to meet the needs and to offer existing solutions to solve the key problems. Therefore, the national Research and Development Strategy must focus on problems of particular importance to Estonia that, if solved, yield development opportunities, the smart use of which in business would give us a competitive edge in the world.

“It is a great honour to hold the government’s special session at the University of Tartu, who is celebrating the 100th anniversary of Estonia’s national university these days. The national university is one of the central institutions of our republic, the leader of our research and higher education, who has important responsibilities to the state and the people of Estonia, as well as to world science,” said Prime Minister Jüri Ratas.