United States' Army to set up supply point in Marijampole 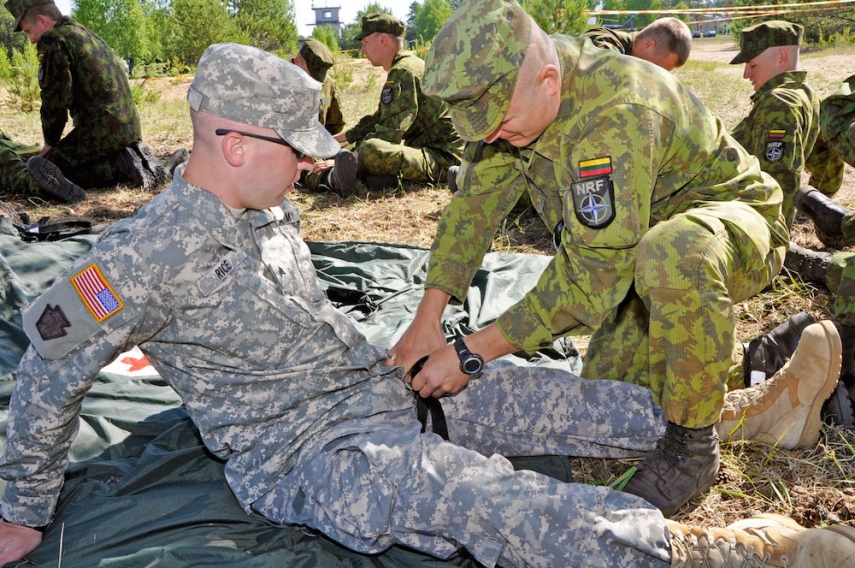 On Thursday October 15, the Lithuanian army confirmed its United States’ counterpart is setting up a supply point in the southern Lithuanian city of Marijampole, to service American troops deployed in the Baltic States.

”Marijampole was chosen as the most convenient location for the supply center," Captain Daugirdas Antulis of the Lithuanian army's Logistics Command, told BNS.

He said the new depot will serve as a facility for the storage and distribution of various supplies, including spare parts and stationery, needed for American troops.

However, weaponry and ammunitions will not be stored at the supply point.

The United States made the decision to set up the a depot after testing Lithuania's infrastructure during its recent Baltic Push military exercise.

The first containers will arrive at the depot on October 19, 2015.

The U.S. also deployed company-size troop contingents in Lithuania, Latvia, Estonia and Poland in Spring 2015, as a response to Russia's actions in Ukraine.

The U.S. also plans to deploy military equipment in the Baltic states in the future.