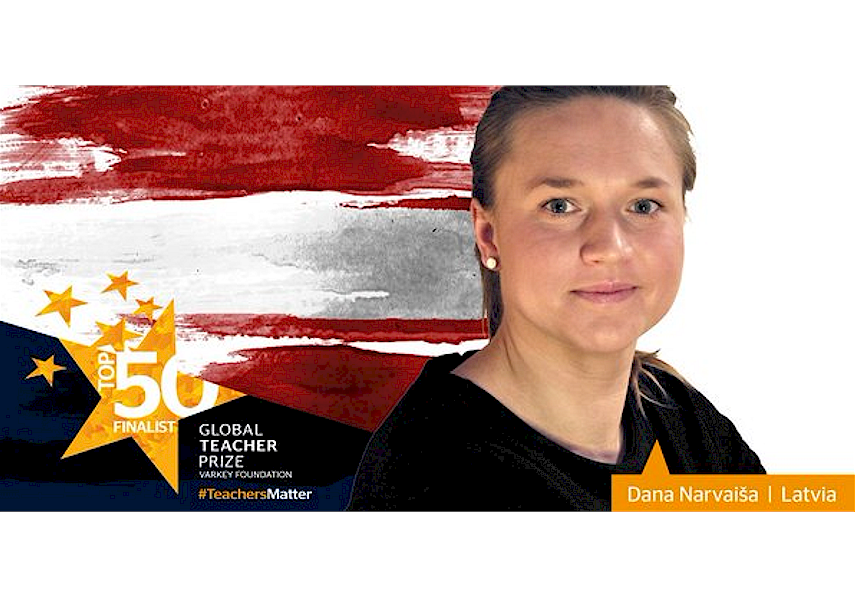 The small Latvian town of Cesis, according to UNESCO, is home to one of the best teachers in the world.
Dana Narvaisa, a teacher at the Cesis New Primary School, has been named as a finalist for the 2016 Varkey Foundation Global Teacher Prize — an award dubbed the Nobel Prize of teaching.
She stood out among 8,000 applicants from 148 countries for her devotion to her vocation and her practical, self reliant approach.

Held in partnership with UNESCO, the prize is a hefty 1 million dollars — the largest of its kind, designed to “increase the respect of teachers all around the world,” says Narvaisa.
She feels the nomination is not only personally validating, but also “an important moment for Latvia where teachers are constantly fighting for prestige in their profession.”
Budget cuts

This is not the only thing that Latvian teachers are currently fighting for. The 2016 National Budget has revealed cuts to an already meagre state education budget, slashing allocations from 5.4 per cent of GDP to 5.2 per cent. It is a move that has provoked a strong backlash from Latvia’s Education and Science Workers Union, who declared a warning strike on Nov. 27.

Narvaisa’s worries echo those of last month’s protesters about Latvia’s “long-term vision and strategy” regarding education.
“There is no big picture,” she states flatly, firmly voicing the sentiments of teachers who showed up to picket the government in November.

The indecision of education ministers, their lack of commitment to making ambitious reforms or financial guarantees are just the cornerstones of her concerns. “There is of course a strategy on paper,” she says, but no one has yet been willing to implement the necessary changes for real progress. While finances remain paramount in the controversy, Narvaisa stresses that she is “sure the question of finances cannot be solved separately from other questions of education.”
Despite the general unrest and dissatisfaction, Narvaisa has triumphed against the odds: she has managed to guide her non-profit school through two years of unprecedented growth. Part of this success is due to the practically focused curriculum that encourages business internships and real-life application of course content, but Narvaisa also attributes the growth to her simple, effective teaching philosophy: “Trust kids more.”
“I think it is easy for me to trust kids because I am not ashamed of mistakes — because we are a school, and we all learn.”

Her bold, innovative strides in primary school education have distinguished her in the past when she was awarded the Cesis municipality “Social Investment” category prize. Leading by example, her contributions have spurred the establishment of other schools with similar approaches.

The Varkey Foundation will issue its official announcement of the winner at the Global Education and Skills Forum March 2016 in Dubai.