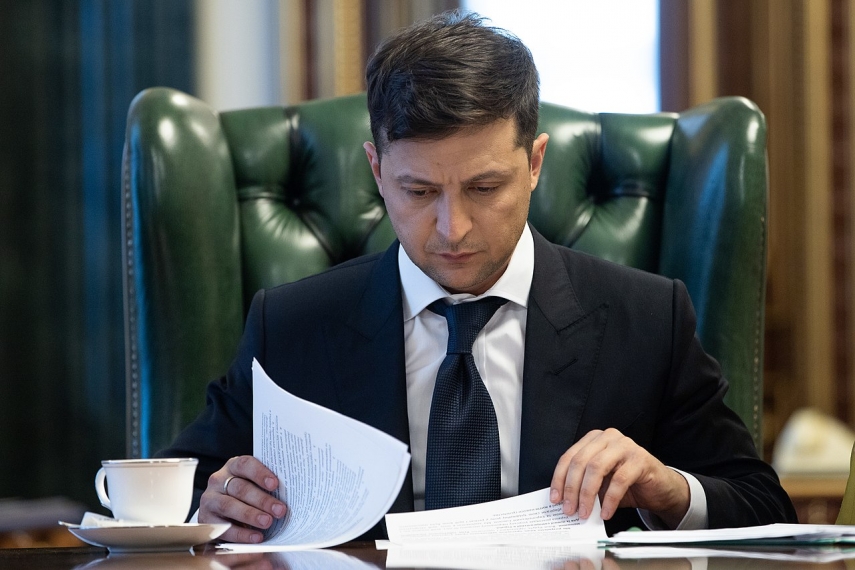 VILNIUS – Ukraine' new President Volodymyr Zelensky on Wednesday appointed the country's former Lithuanian Minister of Economy Aivaras Abromavicius a member of the supervisory board of Ukroboronprom, a state-run defense company, according to the Ukrainian president's official website.

Abromavicius served as Ukraine's economy ministry in 2014-2016. He resigned in February, 2016, stating that interest groups were blocking his reforms.

Abromavicius told BNS Lithuania on Wednesday he would seek to reform the state-run defense company after previous attempts to do so were unsuccessful.

"Since I started the state enterprise management reform when I was a minister, which involved many companies, it continues pretty well. Nevertheless, the previous government intentionally excluded that company from the reform for totally understandable reasons," Abromavicius told BNS Lithuania by phone from Ukraine.

During the Ukrainian presidential election campaign, Ukroboronprom attracted attention due to journalist investigations into corruption in the defense sector. The business group was mentioned in reports alleging that an advisor of ex-President Petro Poroshenko got rich because of smuggling when persons close to the government were brining military equipment parts from Russia.

Ukroboronprom stated that it had done nothing wrong, calling the media reports manipulation.

Meanwhile, Abromovicius says the corruption scandal was the key factor why the company avoided major changes so far.

"I like such a challenge to overhaul the least reformed enterprise. That's why such a proposal was made and I accepted it gladly. Challenges are important for me, and finally we can start a financial audit which hasn't been done for several years and specially blocked. So I want to start it and finish it by the end of this year," Abromavicius said.

"At the end of the day, my goal is for tax payers, and the public and Western partners to have confidence that company operates transparently and orderly. And, of course, the very clear goal is to supply arms of good quality to the army, which is defending Ukraine's sovereignty, and to secure new positions in export markets as the company has lost some positions over the past years and we need to get them back," Abromavicius said.

He also said he would consider working in the future government in Ukraine if Zelensky's party won the upcoming early parliamentary election. But the Lithuanian businessman living in Ukraine now wants to focus on the task to reform the defense industry.

"It's a very important company having 80,000 employees, 130 production plants and a turnover of 1.1 billion US dollar, which we need to increase several times. So, practically, it’s a bigger enterprise than several ministries. It's very responsible work and we will focus on it now," Abromavicius told BNS Lithuania.

Abromavicius, 43, considered returning to Lithuanian politics and was mentioned among candidates of the Homeland Union – Lithuanian Christian Democrats for Vilnius mayor. But eventually he decided again standing for election.