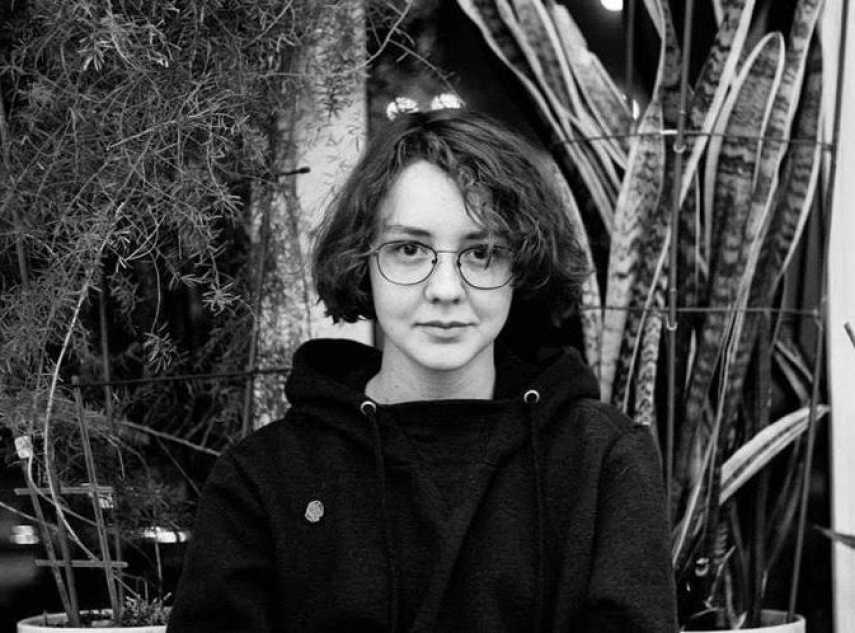 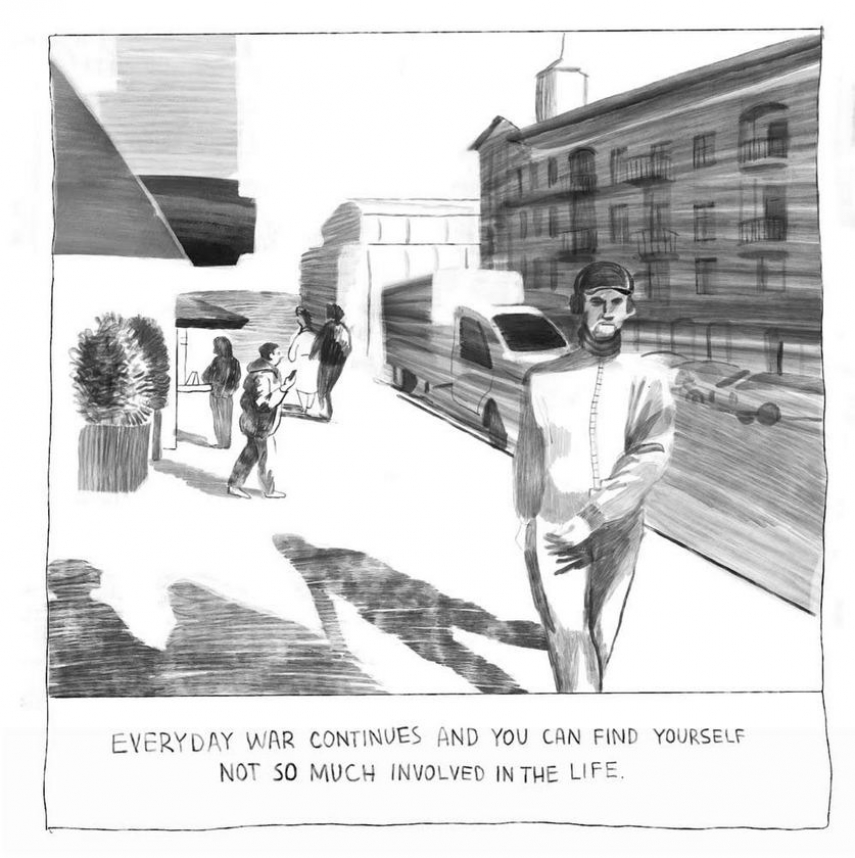 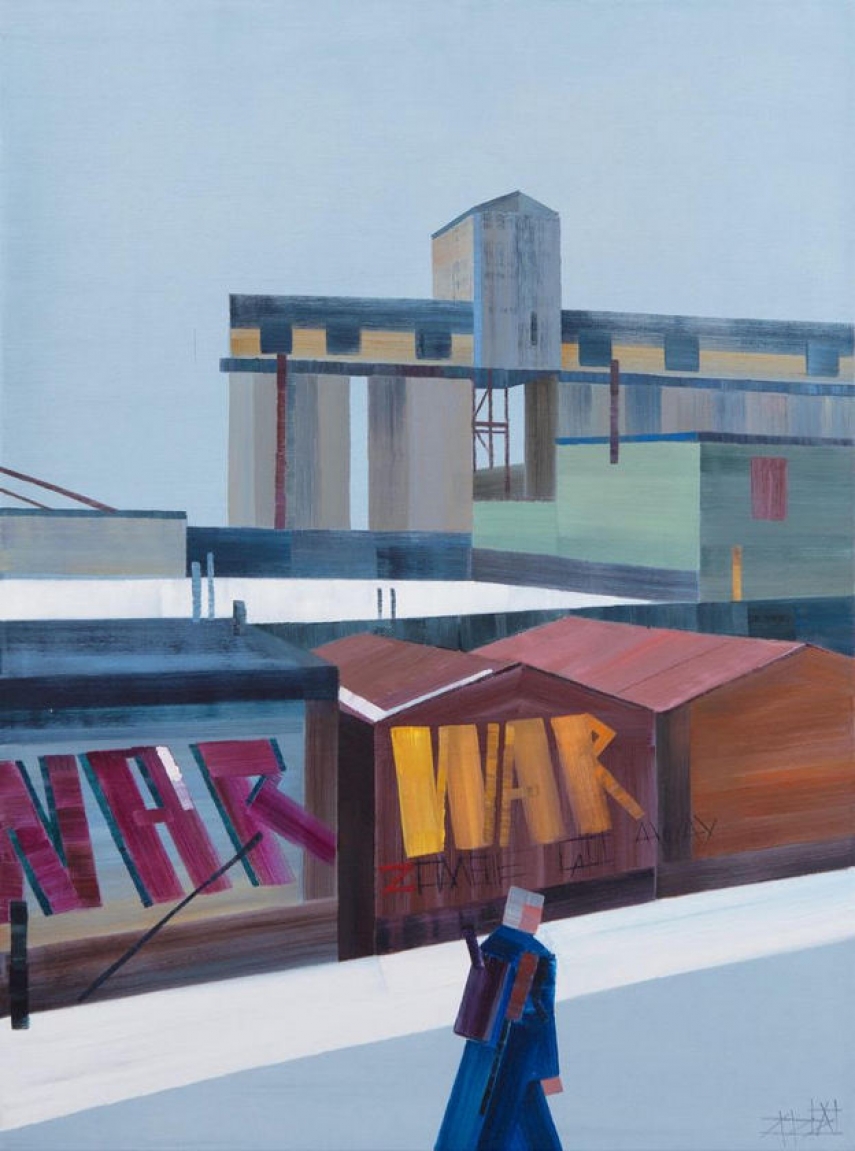 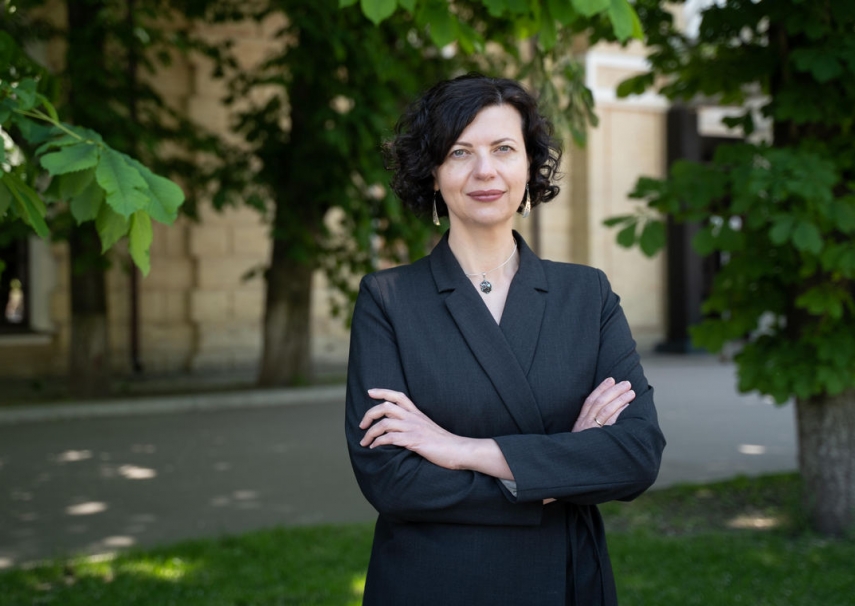 „When Russia attacked Ukraine at the end of February, 2022, it was mainly the men who joined the frontline of defence, and it was the women who stayed behind and who worked at the cultural institutions. Women, therefore, were faced with a terrifying choice: to save the lives of their beloved ones and run, or stay, and try to protect the cultural heritage.”

Those were the words of Olesia Ostrovska-Liuta, the director of Mystetskyi Arsenal, an art and culture museum complex and Ukraine’s flagship public cultural institution. Ostrovska-Liuta was moderating a panel discussion at this year’s Frankfurter Buchmesse, the world’s biggest book fair. The panel discussion was dedicated to women’s voices at war, and together with Ukrainian artist Yevgenia Belorusets and human rights lawyer Oleksanda Matvyichuk, Ostrovska-Liuta tackled an acute topic: when the Russian soldiers were looting the art centres and museums in Southern Ukraine, it was the women who were working there, confronted by the choice of saving the lives of their loved ones, or the artwork that they dedicated their professional lives to.

Already in May 2022, The Guardian reported 2000 stolen artworks in the occupied cities of Melitopol and Mariupol, where the Scythian Gold, a handwritten Torah scroll, and a valuable gospel printed in Venice in 1811 were taken, together with the paintings of renowned artists of 19th and 20th century such as Aivazovsky, Kuindzhi, Yablonska, and Hlushchenko. Many works of art were taken to the nearby city of Donetsk that remains under Russian occupation, and the most valuable ones were reportedly sent to Russia.

This category of war crimes aims at erasing a nation’s history and was practised by autocratic leaders of the past, with Hitler seizing more than 17 000 artworks from all around Germany in less than a month, and Napoleon, stealing and shipping pieces of art from all over Europe to Paris in the early 19th century.

“There were lists of people, who worked at the art institutions,” says Olesia Ostrovska-Liuta, adding: “At first, it was hard to understand the danger these people were exposed to. Those were the theatre directors, museum curators, teachers, school principals, and other cultural workers in the occupied territories. Mainly women. And as the offence progressed, they were the first ones to be interrogated, kidnapped, and threatened, unless they agreed to collaborate with the invaders. The Russians were looking for ways to rewrite our country’s history. They wanted to rob us of our heritage. And in many situations, like in the one with the Museum of Local History in Mariupol, where Leila Ibrahimova, the museum director, attempted to hide a hoard of Scythian gold artefacts, it ended with interrogations and life threats.”

From the very beginning of the Russian offence, Ukraine Ablaze was set up as an online platform that would show and not tell the stories of Russia's aggression and violence against Ukraine through art. The project title refers to the film essay of Oleksandr Dovzhenko, a Ukrainian filmmaker of Soviet times, about the horrors of the Second World War for the families in Ukrainian villages.

Natasha Chychasova, a curator of Contemporary Art at Mystetskyi Arsenal, took the lead on curating the newly launched platform. For her, art became the way to express the feelings and experiences of war better than any words ever could. In times when the entire nation felt speechless, this initiative aimed at telling the stories that all Ukrainians could relate to through collecting pieces of art, and its vision helped the team to focus on what was important: supporting the artists and documenting these historical times.

“Throughout the history of our country, its cultural heritage has been physically destroyed or appropriated many times,” Chychasova says, adding: “For example, the art of the Boychukists was almost completely destroyed by the Soviet authorities, and the artists were shot. As the artist Kateryna Lysovenko aptly described this process of endless destruction in her diary, now each of us has become a moving cemetery that preserves these memories because we do not want to forget anything.”

Chychasova says the task of Mystetskyi Arsenal is to ensure the preservation of cultural values by collecting knowledge about different cultural phenomena in Ukrainian history, processing it, and making it visible to everyone. This project is for Ukrainians, to support the unification of the nation on the basis of shared experiences and culture, for the international community, to raise awareness about the war, as well as for the art researchers and generations to come. Next year, the Mystetskyi Arsenal team will be presenting a large exhibition in Tallin at the Kumu at Museum dedicated to the phenomenon of Ukrainian Futurism.

“The demand for Ukrainian art abroad has increased significantly and viewers and cultural institutions have an opportunity to get acquainted with contemporary Ukrainian art. But, as the Ukrainian artist Nikita Kadan once said, none of us, cultural workers, wanted to pay such a price for the visibility of Ukrainian art. Now we as the Mystetskyi Arsenal team, plan to develop the Ukraine Ablaze project as a platform for archiving not only the artworks but also internal, invisible processes taking place in the art community, which will help in the further work of curators, researchers, and all interested parties. Currently, we have 54 artist profiles and more than 94 projects,” adds Chychasova.

Since the beginning of the full-scale invasion, all institutions of Ukraine have been in a vulnerable position. This concerns not only the institutions that are on the frontline, under occupation, or that have been destroyed, but also those spread all around Ukraine. According to Chychasova, this vulnerability is driven by uncertainty, when nobody can predict which object will be hit by a Russian missile the next day or week, as well as due to the cuts in spending on culture during wartime.

“One of the main needs that artists have now is the opportunity to continue their work. This includes materials and space for work, and the opportunity to show their own experiences. This is important for the preservation of the community and the possibility of collective reflection on the experience of each and everyone.”

Support from Artist Residencies in the Nordics and the Baltics

In light of the Nordic-Baltic Mobility program for Culture, Nordic Culture Point, a Helsinki-based cultural institution, has introduced a new initiative dedicated to the support required by Ukrainian artists in times of war, and creating an opportunity for Ukrainian artists to continue working from abroad.

Funding for Artist Residencies is a part of the Nordic-Baltic Mobility Programme for Culture. The program has been financed on equal footing by the Nordic Council of Ministers (NCM) and the Baltic Governments since 2009. While Nordic Culture Point administers several of the NCM’s grant programs, this is the first initiative of its kind, directly addressing the situation in Ukraine with dedicated funding for artists in need.

To support the Ukrainian cultural scene and Ukrainian artists forced to leave their country due to war, the NCM has allocated additional funding for residency activities on an application basis. This way, art organisations in the Baltic and Nordic countries could apply for additional funds and support Ukrainian artists by inviting them to an art residency, covering the costs for their materials and other additional expenses the relocated artists may have.

Heidi Orava, Head of Communications of Nordic Culture Point, confirmed that there were 46 applications in this extraordinary round of funding for artist residencies, with twelve applications from Lithuania, nine from Latvia, seven from Estonia, six from Finland, four from Sweden, three from Denmark, three from Iceland, and two from Norway.

“Conclusions on this application round will be drawn at the decision meeting on December 7th by an expert group. We look forward to following and communicating the activities of the supported residencies,” adds Orava.

While such initiatives give great hope to Ukrainian cultural workers, Natasha Chychasova shares: “We do have concerns that due to the large outflow of contemporary works of art from Ukraine, we may find ourselves in a situation where Ukrainian institutions will not have works of this period of time in our collections. Therefore, now we are also trying to find a way to replenish our collection and, in this way, also support the artists.”