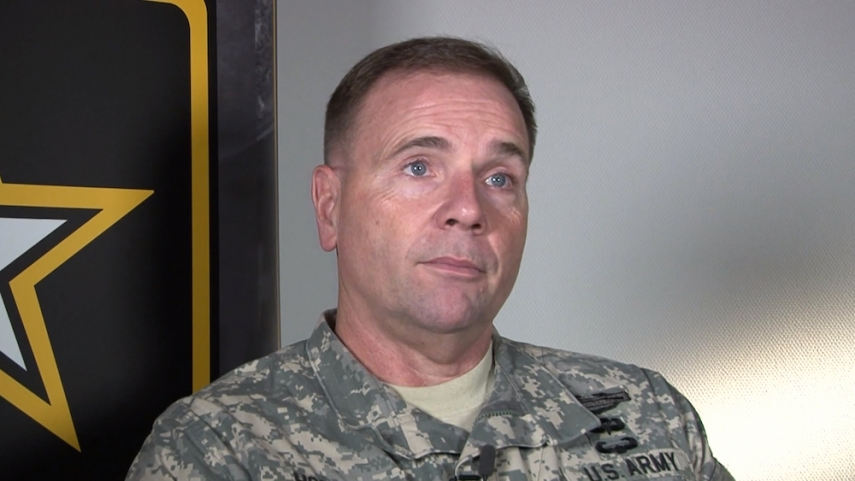 Commander of the United States Army Europe, Lieutenant General Ben Hodges, has warned that Russian capacities in its Kaliningrad region and the Suwalki corridor in Poland could hinder the defense of the Baltic states.

At a meeting with US troops serving in Lithuania in the end of last week, Hodges said that Russian army brigades, a naval brigade, two military airbases, plus part of the Russian Baltic Fleet are deployed in the Kaliningrad region.

The recording of Hodges' statement was given to BNS by the Lithuanian Armed Forces.

Hodges also explained Russia brings Iskander missile systems to Kaliningrad on a regular basis for training - their range is up to a few hundred kilometres.

Hodges added that the possibility for Russia to block access to the Baltic Sea is a "serious threat to our allies and friends."

Hodges also told U.S. troops about the territory in northwestern Poland, which borders Kaliningrad in the West and Belarus in the South.

"That area we call the Suwalki gap," he continued.

"In a very short amount of time, they [Belarusian and Russian troops] can connect and block the borders of Poland and Lithuania, and that's how they can isolate three NATO Allies from the rest of the alliance.”

According to Hodges, this is why the United States and the rest of NATO should deter Russia from attacking the Baltic states.

"Coming and freeing our Allies is much more expensive than deterrence," he emphasised.

Since 2014, the United States have been stationing a rotational company of troops in each of the Baltic states and Poland.

The shift that arrived in Lithuania in October 2015 brought around 70 units of military equipment, all of which will remain indefinitely in the country after the shift is over.

Other Allies also contributed to deterrence measures by implementing the Readiness Action Plan approved during the 2014 NATO summit in Wales.

Since 2014, NATO troops train in Lithuania,and the Baltic air-policing mission has been increased.

In spring 2015, defence chiefs of the Baltic States called for a brigade in the territories of their countries.

NATO Secretary General Jens Stoltenberg has said that enhancement of the Alliance's presence in the region would be discussed during the 2016 Warsaw summit.