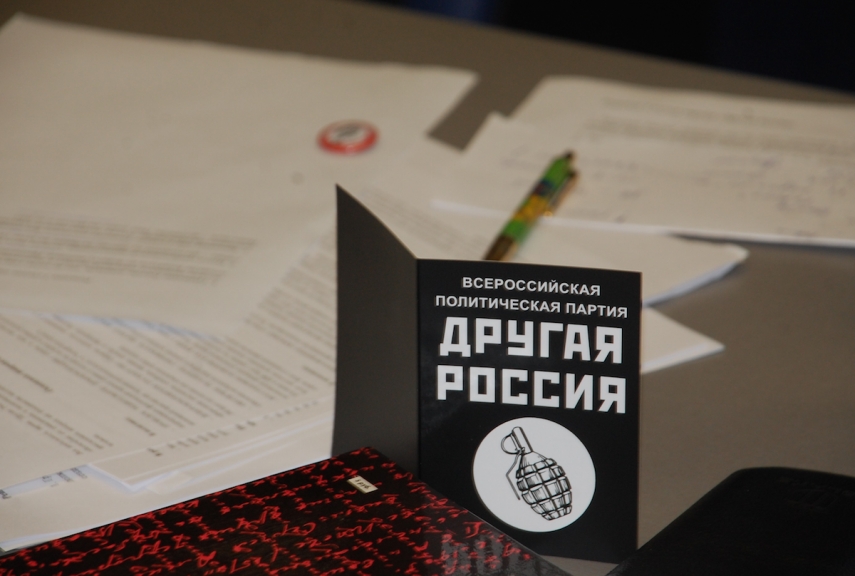 Symbol of Other Russia [Image: flickr.com]

On the morning of June 10, 2015, two members of the Moscow-based Other Russia (Другая Россия) party used a ladder to cross part of the fence surrounding the Adazi military base in Latvia.

They were quickly spotted and detained by security guards.

The Adazi facility is also where the 2015 edition of the Saber Strike joint-military exercises between NATO and non-NATO allied forces started on June 8.

The afternoon of June 10 saw Other Russia take responsibility for the action. The party is largely compromised of members of the banned National Bolshevik Party.

The two men were carrying English language leaflets ready for distribution. Two images of them carrying a flag, depicting the black and orange Ribbon of Saint George*.

They had been intending to distribute the leaflets, with a view to instigating a demonstration.

The men have been detained by the authorities, but the charges are still unclear. The Latvian armed forces are also investigating.

In 2011, the Other Russia Party was denied official political registration.

*The Ribbon of St. George is a widely recognised military symbol in Russia, dating back to the Russian Empire. In Ukraine, Estonia, Latvia and Lithuania, it has become widely associated with Russian nationalist and separatist sentiments.