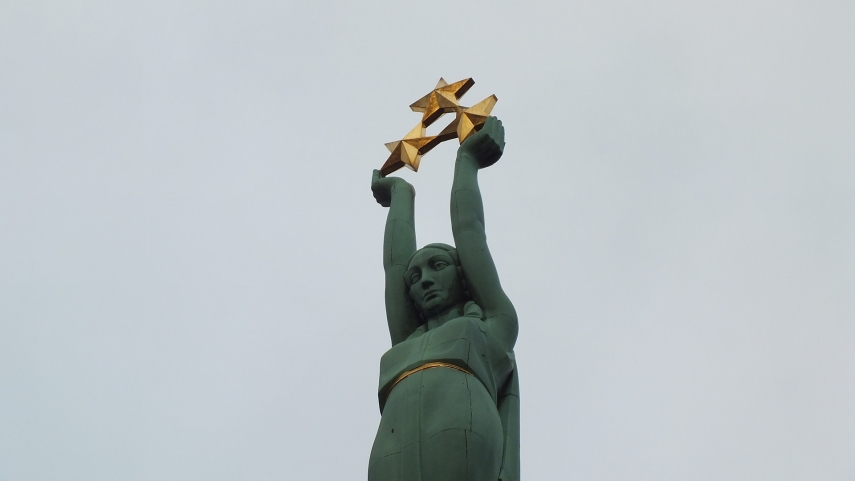 TALLINN - The Riga Municipal Police has fined two Estonian citizens for climbing the Freedom Monument in the city center.

Municipal police officers last night noticed on surveillance computer screens two men scaling the Freedom Monument in downtown Riga. The nearest police patrol was dispatched to the scene to deal with the situation.

When the police arrived at the Freedom Monument they told the offenders to come down, police representatives told Latvian media.

The men explained in English that they had climbed the monument in order to take astonishing pictures.

The law enforcement officers fined the Estonians 50 euros each for demonstrating sheer disrespect for the landmark monument.