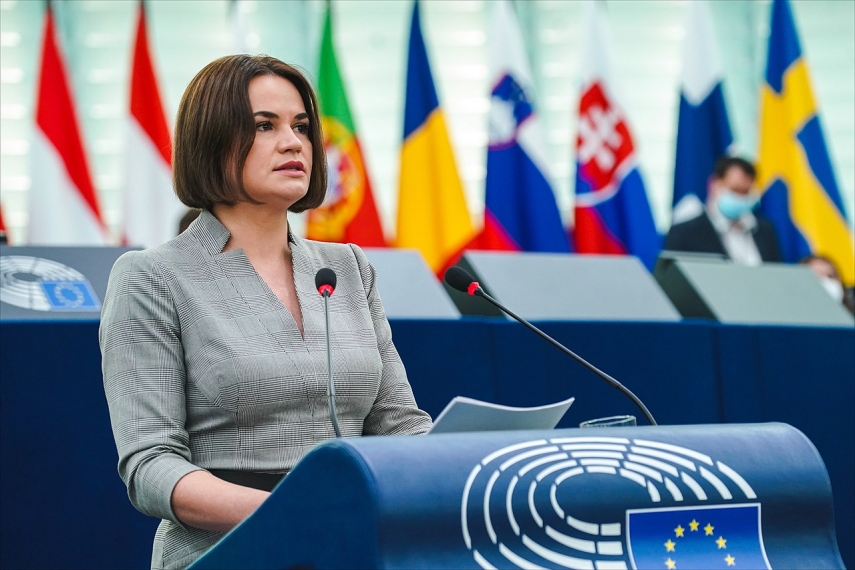 VILNIUS – As Belorus, a Belarus-owned sanatorium in Lithuania's southern resort of Druskininkai, complaints over the fact that Lithuania fails to issue visas to Belarusian citizens, forcing the sanatorium to fire a quarter of its staff, Lithuania's Foreign Ministry suggests coordinating the list of arrivals with Belarusian opposition leaders Sviatlana Tsikhanouskaya's office in Vilnius.

"We suggest that the Belorus sanatorium should to turn to Tsikhanouskaya's office and submit the lists of Belarusian citizens who want to arrive at the sanatorium and receive approval for their arrival," the ministry told BNS.

"Once the approval and recommendations from Tsikhanouskaya's office are received, the Ministry of Foreign Affairs is ready to further consider the visa issue," the ministry said.

On Monday, Belorus notified Lithuania's Employment Service about its plans to lay off around 60 employees in the near future, which is a quarter of its total workforce.

Ilya Epifanov, the head and chief medical officer at Belorus, told BNS earlier the sanatorium was forced to fire staff members who had been providing rehabilitation services to Belarusian children with disabilities.

"Simply, the Lithuanian Foreign Ministry refuses to mediate in the issuance of visas to enter Lithuania for the treatment and rehabilitation of children from Belarus. Before the war in Ukraine, we used to receive about 50 ill children with various diagnoses every month," he told BNS.

"Since August, we have written several letters to the ministry regarding this category of patients but we have failed to receive any answers, and we are told during phone calls that an official answer has not yet been prepared," he said, adding that the sanatorium currently serves only patients from EU countries.

The latest job cuts come on top of those announced in June when the sanatorium said it would sack 51 nurses, teachers, educators and physiotherapists.

In late 2020, the EU sanctioned the Main Economic Office (GHU), directly subordinate to the Belarusian president's administration. The Belarusian sanatorium was placed under the management of the Republican Center for the Rehabilitation and Sanatorium-Resort Treatment of the Population in the middle of June, 2021.

In response to the EU sanctions, Swedbank froze the sanatorium's accounts that were subsequently unblocked in July, 2021.