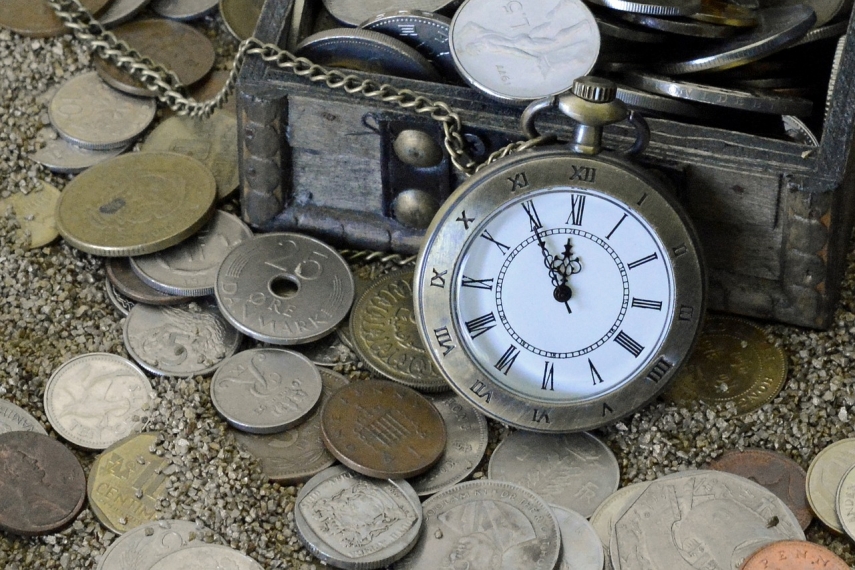 KAUNAS – A treasure found in Laisves Aleja (Freedom Alley), a pedestrian street in Kaunas, Lithuania's second-largest city, was on Friday presented to the public at the Mykolas Ciurlionis National Art Musuem.

"The treasure is not that valuable financially. (…) But today we are talking about a treasure which ,as the saying goes, all that glitters is not gold, but it's very important for us historically," Daina Kamarauskiene, the museum's deputy director, said when presenting the coin exposition.

749 silver coins, dated back to the XVI century, are one of the largest treasures found in Kaunas to date. Currently, they are valued at 40,600 euros.

The coins' owner is believed to have hidden them in around 1567 when plague and a huge fire ravaged Kaunas. The owner probably hid the coins when fleeing the city.

The coins are very rare, specialists say, and were produced only for one year. They also include coins which the museum didn’t have.

"They also include rare coins not found in Lithuania, they were produced in German lands," Kamarauskiene said.

Members of the public will be able to see the treasure until Saturday.