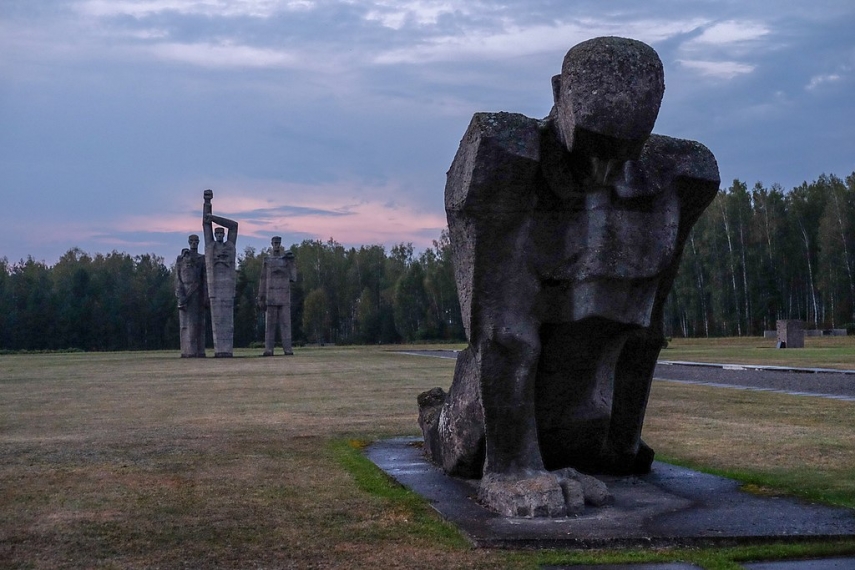 RIGA - European countries were reborn after the horrors of World War II, building their future guided by the fundamental principles of democratic values and human rights. Recalling the tragic events of World War II, we must not forget what price is to be paid, should we compromise those values, Foreign Minister Edgars Rinkevics (New Unity) said today while marking the Day of the Defeat of Nazism at commemorative events at the Brothers’ Cemetery and the Salaspils Memorial.

Rinkevics together with senior officials of the state and government, senior staff of the Foreign Service, and the diplomatic corps accredited in Latvia took part in a commemorative ceremony at the Brothers' Cemetery in Riga and laid flowers for the Day of the Defeat of Nazism and Commemoration of Victims of World War II.

“Members of the Latvian national resistance movement also perished here. It was here that those who resisted the Nazi occupying power were imprisoned. About three thousand people lost their lives. Adults and children. Latvians, Jews, Russians, Poles, Belarusians and people of other nationalities from other European countries. Therefore, this place is also significant for the European history as a whole,” Rinkevics said.