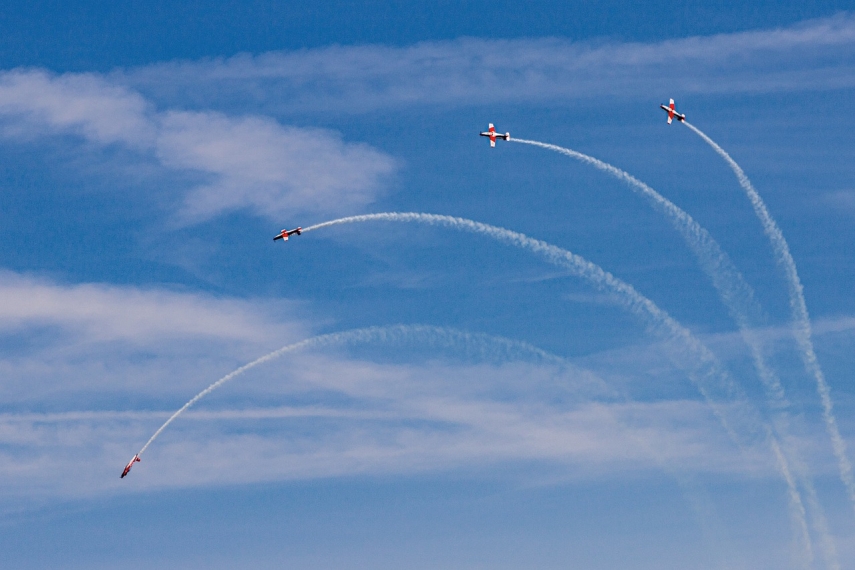 RIGA - Thousands of people turned out to see an event at Lielvarde Air Base yesterday marking the 100th anniversary of the Latvian Air Force, LETA observed.

The event opened with a concert in the morning, which was followed by a two-hour military airshow featuring planes from Poland, Latvia and Finland. Air Force and Border Guard helicopters, as well as national airline airBaltic's aircraft Airbus A220-300 also participated in the event.

People attending the event later on had the opportunity to see and board Lithuanian, Polish, Estonian, U.S. helicopters and aircraft.

The event closed with a performance of the National Armed Forces' Orchestra.