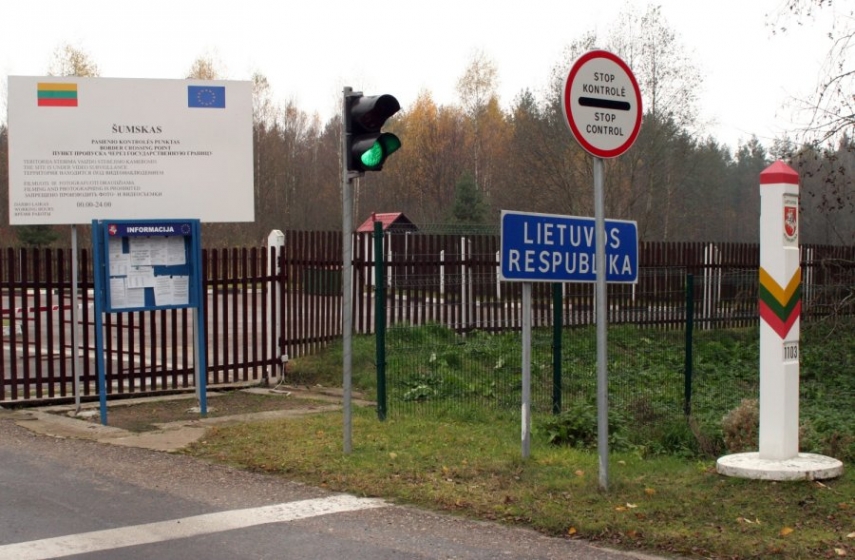 The Lithuanian border with Belarus, where the cigarettes were discovered [Image: delfi.lt]

A cargo of contraband cigarettes was discovered by border guards in a diplomatic car owned by the Latvian Embassy in Minsk, Belarus, LNT television reported on Monday.

The Latvian Foreign Ministry confirmed that such an incident indeed took place, but added that no diplomats were involved - the automobile was used by the spouse of one of the maintenance staff.

The car was detained on the Belarusian-Lithuanian border on Sunday evening. Lithuanian customs officers asked the driver reveal the contents of the automobile's cargo; however, the driver refused to follow the orders, using diplomatic immunity as an excuse. Because of this, the customs office contacted a representative of the embassy to carry out a search in their presence.

Several thousand contraband cigarettes worth 14,400 euros were found in the car. An investigation has been launched into the case.