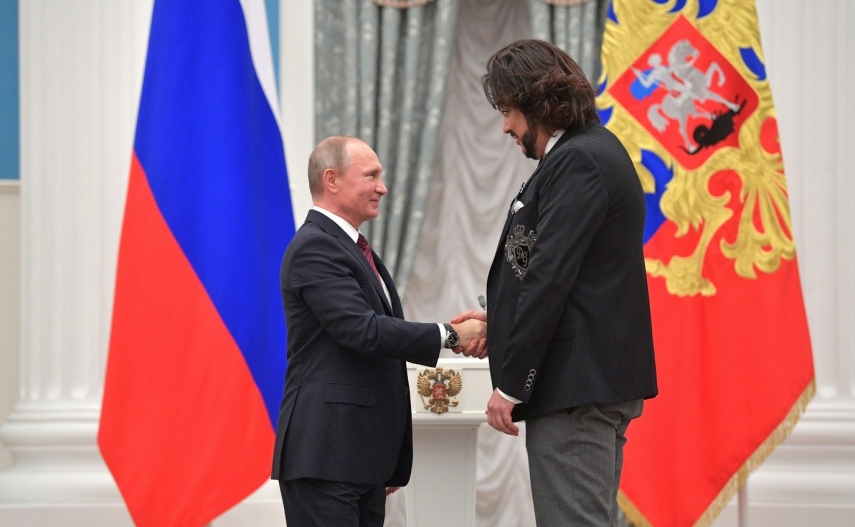 Russian megastar Philipp Kirkorov, a public supporter of the annexation of Crimea and president Putin, is to take the stage in the capital of Estonia, Tallinn, May 27th. The petition aimed at Tallinn City Government and with a purpose of banning the concert has been signed by nearly 4000 Talliners.

Kirkorov is an artist who supported the occupation of Crimea during the Russian aggression that started in 2014, and is blacklisted in both Lithuania and Ukraine. The petition demands that the Tallinn City Government and Tallinn City Council ban Kirkorov’s concert. "We stand firmly for Kirkorov not to be allowed to perform in the Estonian capital. Tallinn City Government must ban the event due to the artist’s public comments supporting Russian aggression that started already in 2014," said Anne-May Nagel, the initiator of the petition and representative of the NGO EstYou.

The petition has been online for two days and thousands of Talliners have signed it. Sofia Kostytska, a member of the petition's initiating team and a lawyer of the Accounting Chambre of Ukraine still staying in the country, said that the support of thousands of citizens of Tallinn shows that Ukraine is not alone. "The overwhelming support shows that an artist representing the views of Putin's terror regime, which is destroying Ukraine, is not welcome to party and perform in the free world. I am sincerely grateful to each and every citizen of Tallinn who signed the petition," said Kostytska.

The Tallinn City Government has so far been unable to reach a decision on the matter of Kirkorov's concert.

The English version of the petition can be found here: https://bit.ly/3Nlncpv